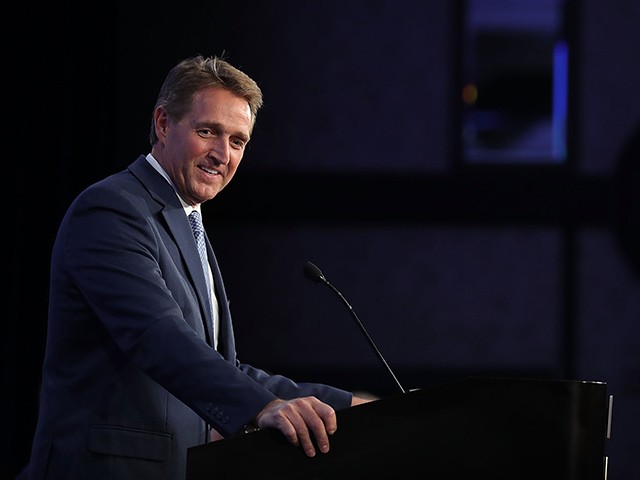 Sen. Jeff Flake (R-AZ) revealed in a statement  Friday that he will vote to confirm Judge Brett Kavanaugh to the Supreme Court.

Flake, a member of the Senate Judiciary Committee, was considered a key swing vote to confirm Kavanaugh for the Supreme Court.

After hearing more than 30 hours of testimony from Judge Kavanaugh earlier this month, I was prepared to support his nomination based on his view of the law and his record as a judge. In fact, I commented at the time that had he been nominated in another era, he would have likely received 90+ votes.

When Dr. Ford’s allegations against Judge Kavanaugh surfaced two weeks ago, I insisted that she be allowed to testify before the committee moved to a vote. Yesterday, we heard compelling testimony from Dr. Ford, as well as a persuasive response from Judge Kavanaugh. I wish that I could express the confidence that some of my colleagues have conveyed about what either did or did not happen in the early 1980s, but I left the hearing yesterday with as much doubt as certainty.

What I do know is that our system of justice affords a presumption of innocence to the accused, absent corroborating evidence. That is what binds us to the rule of law. While some may argue that a different standard should apply regarding the Senate’s advice and consent responsibilities, I believe that the constitution’s provisions of fairness and due process apply here as well.

I will vote to confirm Judge Kavanaugh.

Flake is not running for re-election in the 2018 midterm elections.