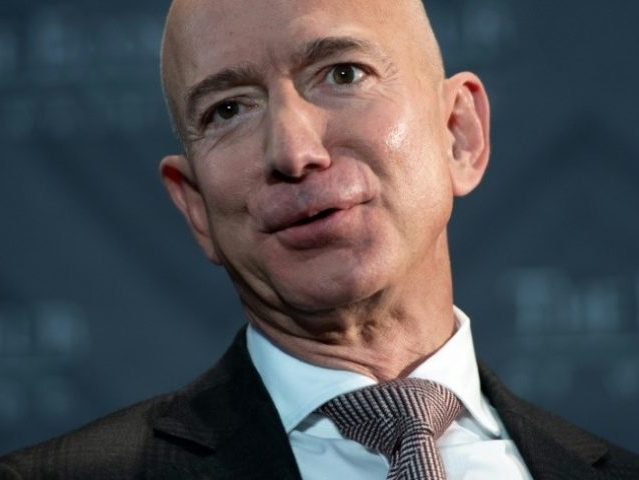 “Amazon is not too big to fail… In fact, I predict one day Amazon will fail. Amazon will go bankrupt,” Bezos declared in the internal meeting, according to CNBC. “If you look at large companies, their lifespans tend to be 30-plus years, not a hundred-plus years.”

“If we start to focus on ourselves, instead of focusing on our customers, that will be the beginning of the end,” he continued. “We have to try and delay that day for as long as possible.”

Bezos reportedly made the statement in response to a question about department store chain Sears’ bankruptcy.

Bezos is currently the richest man in the world, and in July, it was reported that Amazon is set to capture 50 percent of the U.S. e-commerce market.

Last month, it was reported that Amazon is looking to make even more money by rapidly expanding its private brands business.

Amazon and Bezos have repeatedly been criticized by President Trump, who claimed the company is putting “thousands of retailers out of business.”

“Amazon is doing great damage to tax paying retailers. Towns, cities and states throughout the U.S. are being hurt – many jobs being lost!” proclaimed President Trump last year, while in March, he added, “I have stated my concerns with Amazon long before the Election. Unlike others, they pay little or no taxes to state & local governments, use our Postal System as their Delivery Boy (causing tremendous loss to the U.S.), and are putting many thousands of retailers out of business!”

In July, President Trump also accused the Washington Post, which is also owned by Bezos, of being a “lobbyist for Amazon.”

“In my opinion the Washington Post is nothing more than an expensive (the paper loses a fortune) lobbyist for Amazon,” the president expressed. “Is it used as protection against antitrust claims which many feel should be brought?”