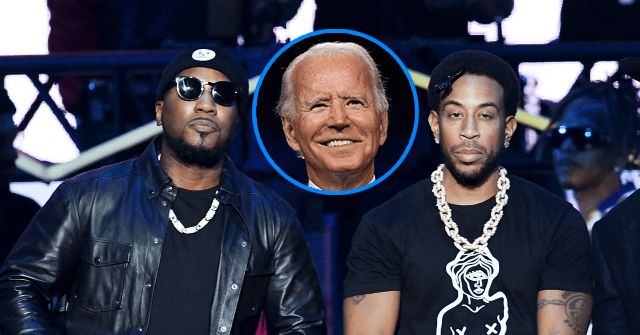 “It is really really important to make sure people don’t sit at home,” Dupri told the Hollywood Reporter Monday. “There are a lot of people I know that are still on the fence about voting, period.”

The 60-second ads are set to land in various media outlets and come with a message imploring listeners or viewers to vote. “If you’ve been out marching in these streets, exercise your rights. You now need to exercise you right to vote,” Ludacris says in one of the promotional pieces.

At the same time the campaign has also been expanding its “Shop Talk” discussion series, which aims to address the challenges facing black men across the country. Panelists have included Dupri and actors Terrence J and Don Cheadle, among others.

“If there wasn’t a pandemic in place, the campaign would be in barbershops across the country, we would be there in person, talking to people, touching people’s hands, and having this dialogue,” Terrence J told the Reporter, adding dialogues the campaign put together are the next best thing. “For me, these conversations are incredible.”

News of Biden’s push to get out the vote came on the same day President Donald Trump delivered a message of his own urging his followers to not forget to add their ballot, as Breitbart News reported.

The president remains hospitalized in Walter Reed Military hospital from where he specifically called on Virginia voters to vote, as early voting in the state had already began.