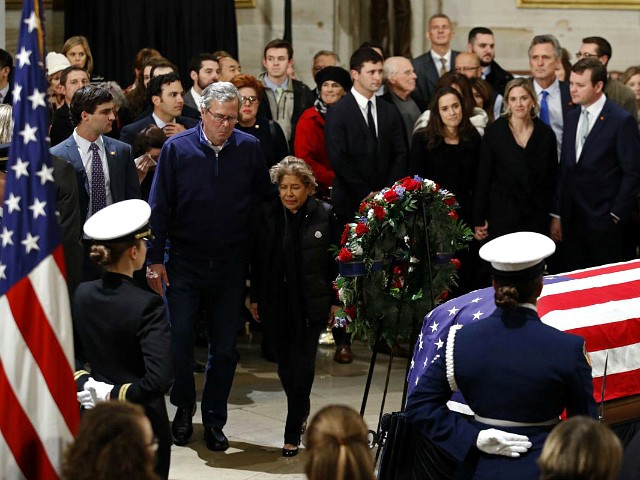 Former Florida Governor Jeb Bush praised President Donald Trump on Tuesday for his gracious response to the Bush family after the death of George H.W. Bush.

Jeb Bush said that Trump called him after his father died and “couldn’t have been nicer.”

Trump’s former rival for the Republican presidential nomination in 2016 spoke about his father’s death and President Trump during a Wall Street Journal event in Washington, DC.

He said that his granddaughters joined First Lady Melania Trump and other members of the Bush family on Tuesday to visit the White House and tour the Christmas decorations.

Jeb added that both the president and the first lady were “really gracious” to the family.

He acknowledged that Trump was not delivering the eulogy for his father but said that George W. Bush had “first dibs.”

“What people want to talk about is, well, why isn’t the president giving the eulogy?’” he said. “It’s because we have a unique circumstance here: my brother was president.”

Trump will attend the state funeral for George H.W. Bush which will be held on Wednesday.