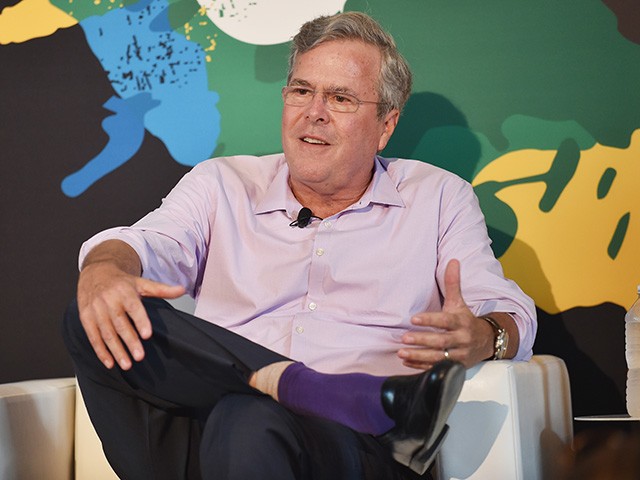 Failed 2016 presidential candidate and former Florida governor Jeb Bush says Americans who are urging for immigration controls are “threatened” by their perception that the United States is “changing” and becoming “less white.”

In a podcast interview with National Review Editor Nordlinger, Bush said immigration controls were “foolhardy” and that illegal alien crime gets too much attention compared to crimes committed by American citizens.

Our party is advocating restricting legal immigration as well. And I think that’s foolhardy beyond belief. There’s a way to reform the legal immigration system that would be a catalyst for sustained economic growth and we need it because our demography is going the wrong way. [Emphasis added]

There are quite a few people that have a larger megaphone if you will that seem either threatened by what they perceive to be a changing country that is less white perhaps … basically, there’s a concern that we’ve lost our way and immigrants are kind of easy to single out with vitriol. [Emphasis added]

There’s examples of cable news shows that talk about an illegal immigrant or a legal immigrant that commits an atrocious crime, murder, family loses their loved one and that seems to get a lot more attention than crime throughout America. [Emphasis added]

Since the late 1960’s, immigration to the U.S. has surged from some of the most impoverished and dangerous regions of the world, including Mexico, Central America, and the Middle East.

Legal immigration to the U.S. from Islamic nations, for example, including Afghanistan, Syria, Saudi Arabia, Iraq, and Somalia has skyrocketed since 2010. Immigration from Afghanistan to the U.S. has increased 84 percent in the last seven years.

As Breitbart News reported, nearly half of residents in America’s top five largest cities speak a foreign language at home. In Los Angeles, California, nearly 60 percent of residents speak a foreign language at home. Meanwhile, the country’s foreign-born population has boomed to record levels, making up nearly 14 percent of the total U.S. population.