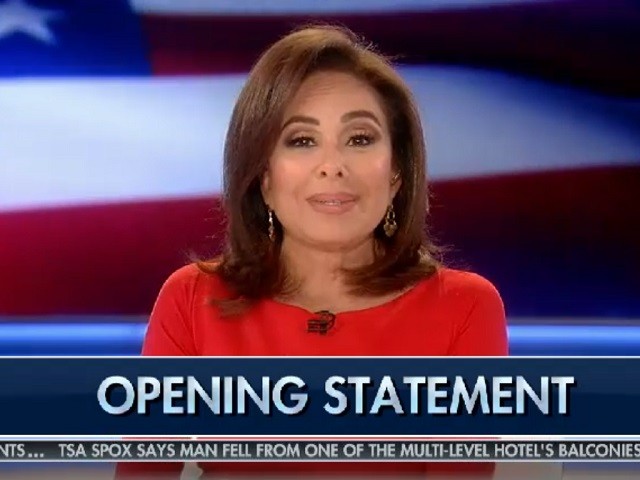 On Saturday’s broadcast of Fox News Channel’s “Justice,” host Jeanine Pirro led off her show with an “Opening Statement” segment aimed at Gov. Ralph Northam (D-VA), criticizing him for his remarks on abortion and his apparent medical school yearbook photo in either blackface or a Klan robe.

After sounding off on late-term abortions, with some jabs aimed at Gov. Andrew Cuomo (D-NY) as well, Pirro questioned the wisdom of Northam’s admission, then denial that the photos were of him in the yearbook. She also criticized him for the press conference he held earlier in the day.

“Are you stupid?” Pirro exclaimed. “Politics 101: If you apologize for something that everyone considers outrageous and anyone else, by the way, would lose their job over it, then you get up the next day and say ‘it wasn’t me,’ you either fire your political consultant or change your meds. Are you schizo, too? Now doc, you know someone is going to go out and find your medical school pals who will admit you were known by a racist nickname so vile I can’t repeat it or put it on the screen. They will be asked if you signed their yearbook. And I am afraid to think how or where you signed, or whether you added on what is already outrageous overt racism. And just so my viewers get a gist of who you are: You admit you dressed in blackface before so you could moonwalk like Michael Jackson.”