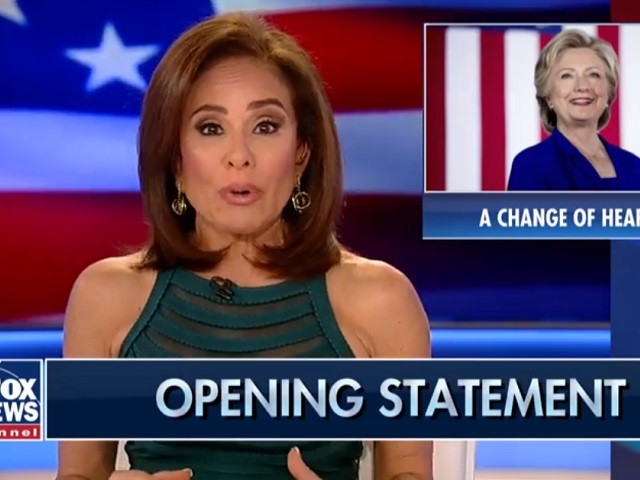 Saturday on her Fox News Channel program “Justice,” host Jeanine Pirro reacted to comments former secretary of state and 2016 Democratic presidential nominee Hillary Clinton gave to The Guardian (UK) regarding populism in Europe, which she contended was fueled by a flow of immigration.

“This week Hillary Clinton said Europe should no longer offer refuge and support to migrants. What? The woman either had a lobotomy, or she has been out in the woods too long,” Pirro quipped.

Pirro continued her pushback against Clinton’s remarks, then suggested the comments were to better position herself for a 2020 presidential run.

That according to the Fox News host would be ill-advised.

“Hillary, the only place that you need to run is back into the woods,” Pirro said, apparently referring to Clinton being seen in the woods near Chappaqua after her losing 2016 bid.