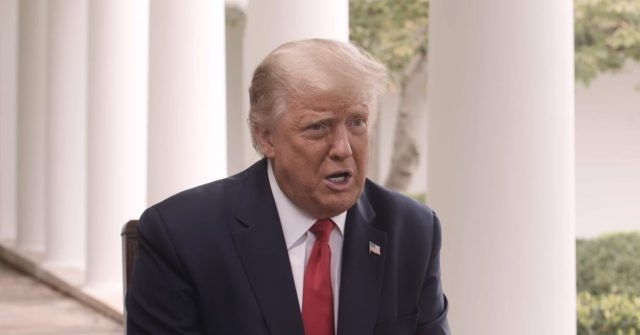 President Donald Trump did an interview with sports journalist Jason Whitlock on Thursday and got some debate coaching.

Whitlock spoke with Trump about the importance of football, the president’s America First agenda, his contributions to the black community, and place in American pop culture.

The two also discussed tonight’s debate with former Vice President Joe Biden. When Whitlock asked Trump if he was changing his strategy from the first presidential debate, the president replied, “No, but I’ll listen to you. If you have any ideas, I’ll take them.”

“Let Joe Biden talk,” Whitlock replied. “He’ll do the work for you.”

Watch the full interview below: