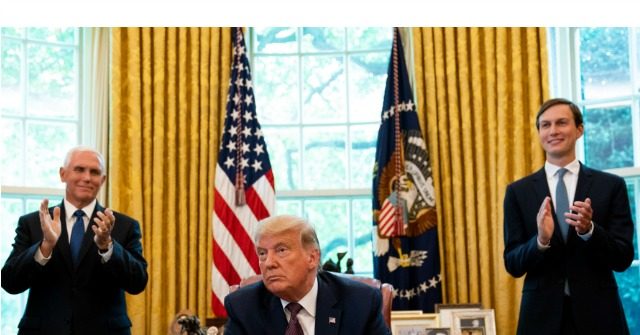 In an interesting twist, Kushner did not condemn the Biden administration for reaching out to Iran, noting that Biden had a prior relationship with the regime. Instead, he noted, Biden had proven to the world that Iran was not interested in talking.

The Biden administration is making China a priority in its foreign policy, and rightly so—one of Mr. Trump’s greatest legacies will be changing the world’s view of China’s behavior. But it would be a mistake not to build on the progress in the Middle East. Eliminating the ISIS caliphate and bringing about six peace agreements—between Israel and the United Arab Emirates, Bahrain, Sudan, Morocco and Kosovo, plus uniting the Gulf Cooperation Council—has changed the paradigm.

The Biden administration, however, has one asset that the Trump administration never had—a relationship with Iran. While many were troubled by the Biden team’s opening offer to work with Europe and rejoin the Iran deal, known as the Joint Comprehensive Plan of Action, I saw it as a smart diplomatic move. The Biden administration called Iran’s bluff. It revealed to the Europeans that the JCPOA is dead and only a new framework can bring stability for the future. When Iran asked for a reward merely for initiating negotiations, President Biden did the right thing and refused.

The table is set. If it is smart, the Biden administration will seize this historic opportunity to unleash the Middle East’s potential, keep America safe, and help the region turn the page on a generation of conflict and instability. It is time to begin a new chapter of partnership, prosperity and peace.

Notably, Kushner urges the Biden administration to reward Saudi Arabia for its peacemaking role, and nudge the regime toward normalization with Israel. Thus far, Biden has backed away from close relations with Saudi Arabia instead.