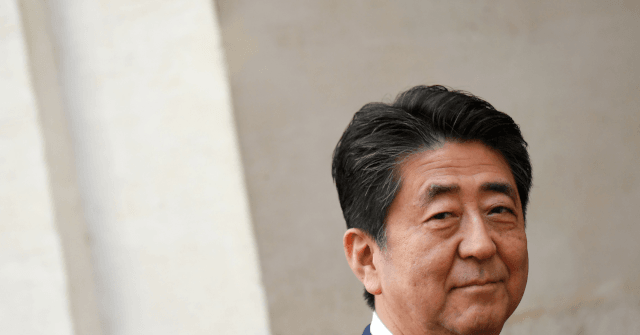 “Amid rising tensions in the Middle East, we plan to encourage Iran, a regional power, to move toward easing tensions at the top leaders’ meetings,” Abe’s Chief Cabinet Secretary Suga Yoshihide said at a news conference on Tuesday, confirming plans floated by Japanese officials last month.

The secretary added that Abe has spoken by phone with U.S. President Donald Trump to discuss his impending trip to Iran.

“Abe is trying to play the role of messenger and ease the tension. It is a bold move. I think it comes from confidence with his personal relations with Trump,” Toshihiro Nakayama of the Wilson Center in Washington told Reuters on Tuesday.

Other commentators who spoke to Reuters downplayed expectations for Abe’s visit to Tehran, predicting his best-case outcome would be persuading the Iranians and Americans to return to the negotiating table, or at least back away from the military confrontation that has been brewing for several months.

Indian Express noted that Japan is traditionally a major customer for Iranian oil and has pursued mostly commercial interests in the Middle East since World War II, giving it a greater presumption of neutrality than most other close U.S. allies. The paper suggested Abe would benefit domestically from scoring the kind of diplomatic victory with Iran he has been unable to achieve with Russia or North Korea.

U.S. Ambassador to Japan William Hagerty told the Japan Times on Tuesday that the Trump administration is confident in Abe’s diplomatic skills and believes he has an opportunity to make real progress with Tehran.

“Prime Minister Abe has unique diplomatic access to the leadership of Iran. We are comfortable with Prime Minister Abe speaking with Iranians. And we are hopeful he will have productive engagements that lead to progress,” Hagerty said.

“I’ve seen him demonstrate great diplomatic skills during the two years I’ve been here. He will know how to handle the discussions,” the ambassador said of Abe.

President Trump suggested in May that Prime Minister Abe could open a line of communication between Washington and Tehran.

Another Japan Times piece found the Japanese diplomatic corps a bit less upbeat about Abe’s visit to Iran than Ambassador Hagerty, as they pointed out Japan has friendly relations with both Washington and Tehran but very little leverage with either.

“The primary purpose is to ease tensions and prevent the status quo from deteriorating further. We have no surprise plan,” a Japanese Foreign Ministry official said frankly.

“The prime minister won’t go there as a mediator or messenger. Japan is not standing for either of the two sides,” the official added.

Several Japanese commentators quoted by Japan Times felt the current level of U.S.-Iranian tension was essentially inevitable after President Trump withdrew from the Joint Comprehensive Plan of Action (JCPOA), i.e. the Iran nuclear deal. They suggested the Iranian government will view Abe’s visit as a welcome restatement of Iran’s importance but would grow annoyed if Abe presents himself as an advocate for the U.S. position, threatening Japan’s relationship with Iran.

“Despite being a close military ally of the U.S. in the Asia-Pacific region, Japan has for years maintained a good relationship with Middle Eastern countries with conflicting interests, including Iran, Israel and Saudi Arabia,” Japan Times noted.