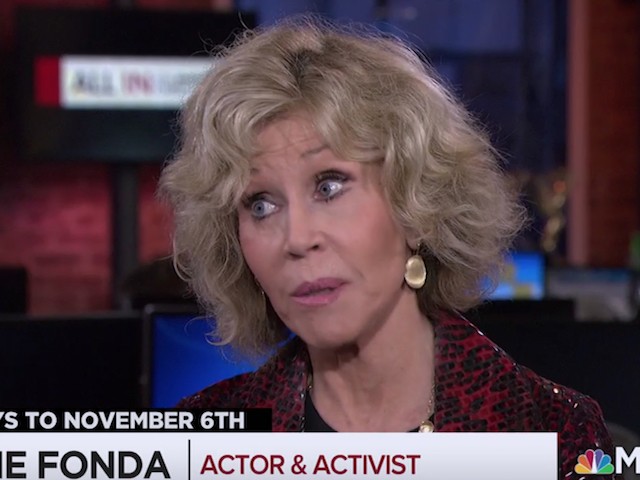 Friday on MSNBC’s “All In,” actress Jane Fonda declared that people were “woke” and motivated to vote in the midterm elections.

Fonda said, “People seemed energized. People are woke. Every woman I know is asking me where do we go, how do we get out the vote, how do we canvas. I don’t know anybody that’s not involved.”

She continued, “One of the things we know is economics is at the root, health care, and economics. People are having to work, I don’t care about what the paper say about wages, people are having to work two and three jobs and are still below the poverty line, and most of them are women, and most of those woman are woman of color. It’s just unconscionable. A lot of the millennials are going to the polls because they know if they don’t, they’re going to be having to live with the consequences longer that we will.”

She added, “I remember right after the 2016 election, I felt like I had been run over by a truck. We had to go to Atlanta and speak to 1600 women. It was hard.”