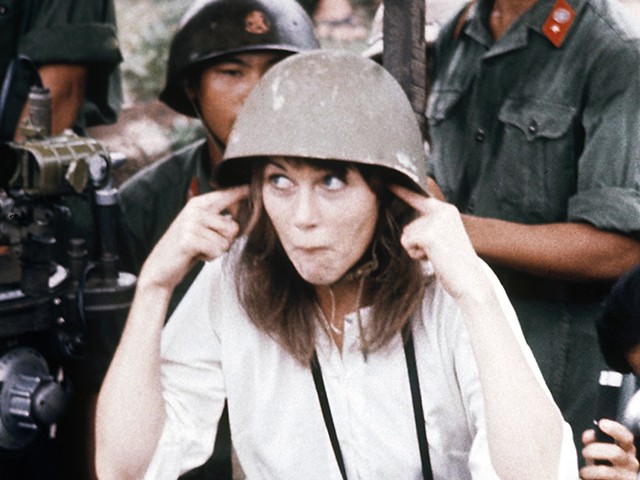 Actress Jane Fonda said in a recent interview that she will “go to [her] grave regretting” the infamous “Hanoi Jane” scandal, flip-flopping on her previous assertion that she does not regret it.

USA Today reports that in a new HBO documentary titled, Jane Fonda in Five Acts, Fonda reflected on the “infamous photo that showed her sitting on a North Vietnamese anti-aircraft gun.”

In the documentary, Fonda reportedly tells HBO that the photo “was a betrayal.”

“I will go to my grave regretting that,” she added.

Fonda has expressed mixed feelings about her infamous trip to Vietnam in 1972. Last year, she told BBC, “I don’t regret going to Vietnam.”

“We were bombing, and it wasn’t being talked about,” she also said. “And I thought, ‘I’m a celebrity. Maybe if I go, and I bring back evidence’ And it did stop two months after I got back, so I’m proud that I went. It changed my life all for the good,”

However, she did say, “The thing that I regret is that on my last day there, I made the mistake of going to a ceremony at an anti-aircraft gun. It wasn’t being used. There were no airplanes or anything like that. There was a ceremony. I was asked to sing and people were laughing and so forth and I was led, and I sat down. And then I got up and as I walked away, I realized, ‘Oh my gosh. It’s going to look like I am against my own country’s soldiers and siding with the enemy,’ which is the last thing in the world that was true.”

This July, she commented on the photo again, saying, “I am proud I went to Vietnam when I did. I am so sorry that I was thoughtless enough to sit down on that gun at that time and the message that that sends to the guys who were there and their families.”