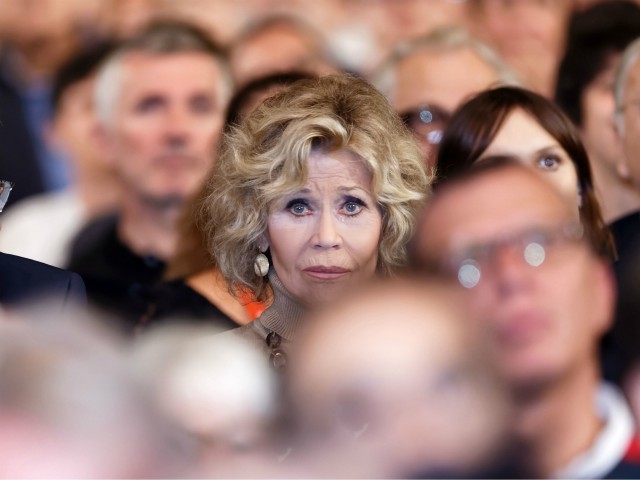 Actress Jane Fonda proclaimed in a new interview that the upcoming midterms are the “most important elections of my lifetime” and said that it was “hard” for her to breathe in America right now.

“The elections on Nov. 6 are the most important elections of my lifetime. So much depends on what happens,” Jane Fonda told a film festival crowd in France, according to The Hollywood Reporter.
“It’s hard for me to breathe right now,” Fonda also said.

The 80-year-old actress said she no longer speaks to some of her friends from Georgia over political differences.

“I love them, but I can’t talk to them anymore. And I will fight to my last breath to stop what they are trying to do,” the Barbarella actress said.

Fonda’s long history of political activism has been often controversial. She infamously went to Vietnam in 1972 and was photographed sitting on an anti-aircraft gun belonging to communist forces in North Vietnam.

In a recent interview, Fonda said that the photo “was a betrayal” also saying, “I will go to my grave regretting that.”

Fonda’s opposition to President Trump has also frequently been unhinged.

In September, she said that people should “shut down the country” if President Trump fires special counsel Robert Mueller.

“People always say, ‘Was it worse in the ’60s and ’70s?’ It was not! This is the worst! This is an existential crisis. And if we don’t do what needs to be done–in terms of making our voices heard, and our votes heard–that’s it! We don’t have time,” the 9 to 5 actress said.