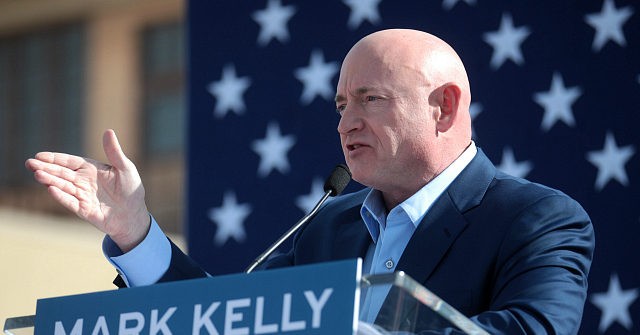 James O’Keefe released Part 1 of his undercover videos on senate candidate Mark Kelly (D) and claimed Kelly “deceives AZ voters” as to the true nature of his gun control intentions.

She went on to suggest that this is why Kelly has not voiced his gun control positions. She said, “I think it’s because he just wants to get elected first and then he wants to go further.”

Carpio mentions that “staffers” want Kelly to come out and discuss his gun control plans now, but “he’s trying to be elected, and then he’ll implement the measures.”

On April 20, 2020, Breitbart News reported that Kelly was not mentioning his support of stringent gun control during campaign stops in Arizona.

Kelly and his wife, Gabby Giffords, have spent years assuring Americans that background checks are key to making America safer. However, they do not mention that when Kelly’s wife was attacked on January 8, 2011, her attacker used a gun he had acquired via a background check.

On July 13, 2020, Breitbart News reported that Kelly was not using campaign stops to talk about the expansion of gun seizures he hopes to put in place. Kelly’s campaign website says these seizures would work by “allowing families and law enforcement to ensure dangerous individuals and people in crisis don’t have access to firearms.”

Suffice it to say that Kelly’s universal background checks and firearm seizures are reminiscent of the types of gun control in place in California.

But Kelly has gun control intentions that field organizer Angelica Carpio suggests he does not want to discuss until after the election.