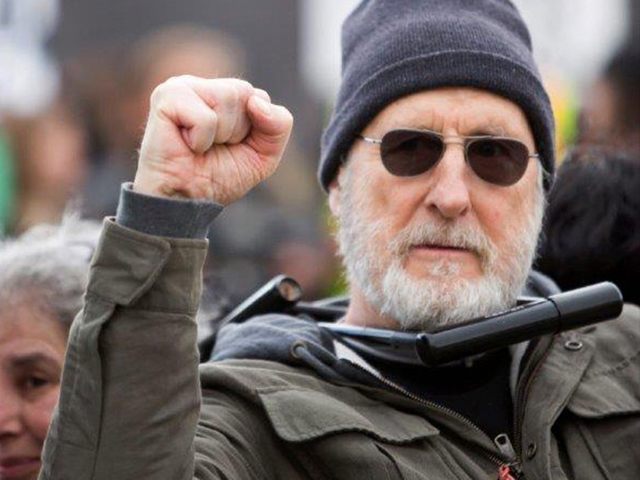 Before he was honored at the 4th annual Carney Awards Sunday evening, Actor James Cromwell warned that the United States will experience another a “revolution” with “blood in the streets” unless President Donald Trump’s agenda is thwarted.

“This is nascent fascism. We always had a turnkey, totalitarian state — all we needed was an excuse, and all the institutions were in place to turn this into pure fascism,” James Cromwell said in an interview with Variety. “If we don’t stop [President Trump] now, then we will have a revolution for real. Then there will be blood in the streets.”

During his acceptance later in the evening, the Babe star spoke about the importance of voting during the fast-approaching midterm election.

“We’re living in very curious times, and something is coming up which is desperately important to this country and to this planet, and that is an election, in which hopefully in some measure we are going to take back our democracy,” Cromwell told attendees. “We will have a government that represents us and not the donor class. We will cut through the corruption, we won’t have to do what comes next, which is either a non-violent revolution or a violent one, because this has got to end.”

Cromwell served a weekend in an Orange County jail in July 2017 after he was arrested for protesting SeaWorld’s orca show in San Diego. In what was his first interview after his release, Cromwell urged other Hollywood actors and actresses to step up there political activism. ‘This community has got to get more engaged,” he told the Daily Mail. “This community has got to get more political. More than our survival as an industry, our appropriateness is at stake. What’s really at stake is our humanity and all sentient life.”