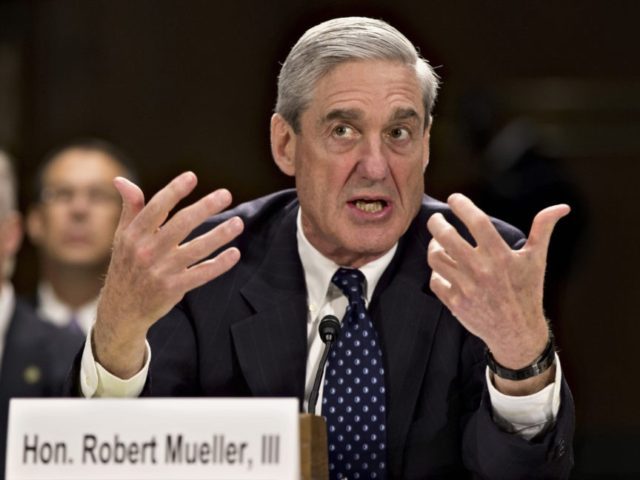 Former FBI Director James Comey told House investigators in a closed-door interview Friday that he does not believe firing special counsel Robert Mueller would bring an end to the investigation into possible collusion between the Trump campaign and Russia during the 2016 presidential election.

“You’d almost have to fire everyone in the FBI and the Justice Department to derail the relevant investigations,” Comey replied when asked by Democrat lawmakers whether Mueller’s ouster would halt the Russia probe and other special counsel-related investigations.

The committee interviewed Comey as part of its investigation into the FBI and Justice Department actions during the election.

Comey told the House Judiciary Committee that he was “not friends in any social sense” with Mueller, despite President Trump asserting the pair are close. “I admire the heck out of the man, but I don’t know his phone number, I’ve never been to his house, I don’t know his children’s names,” said the longtime deep-stater, who added that he had “never hugged or kissed the man.”

As the closed-session concluded, President Trump tweeted that “it is being reported that Leakin’ James Comey was told by Department of Justice attorneys not to answer the most important questions. Total bias and corruption at the highest levels of previous Administration. Force him to answer the questions under oath!”

It is being reported that Leakin’ James Comey was told by Department of Justice attorneys not to answer the most important questions. Total bias and corruption at the highest levels of previous Administration. Force him to answer the questions under oath!

Comey’s remarks came on the same day prosecutors said in a court filing that Michael Cohen, President Trump’s former personal lawyer, should serve a substantial prison term with a modest amount of credit for his cooperation as part of the Russia probe and other investigations.

Cohen is scheduled to be sentenced next Wednesday in New York federal court. He pleaded guilty to federal charges and cooperated in multiple state and federal probes over several months, including having seven meetings with Mueller’s team. Last week, Cohen pleaded guilty to lying to Congress. In August, he admitted to campaign finance fraud and bank fraud, among other charges.

The special counsel says the former Trump campaign chief lied about his contacts with Konstantin Kilimnik, a Russian staffer who worked for his political consulting outfit. Mueller has said Kilimnik possesses links to Kremlin intelligence officials and met with Manafort twice during the course of the presidential election.

The redacted filing is signed by Andrew Weissmann, who the New York Times has said is referred to as the special counsel’s “pit bull.” He has praised former Justice Department official Sally Yates for defying an executive order and reportedly attended then-Democrat presidential nominee Hillary Clinton’s election night party, leading conservative critics to allege a bias against President Trump.

Reacting to court filings, the White House dismissed them as nothing new or damaging about President Trump and his inner circle.

Press secretary Sarah Huckabee Sanders said government filings about Cohen “tell us nothing of value that wasn’t already known.” Further, Sanders said the filing pertaining to Manafort “says absolutely nothing about the President,” and she is blaming the media for “trying to create a story where there isn’t one.”