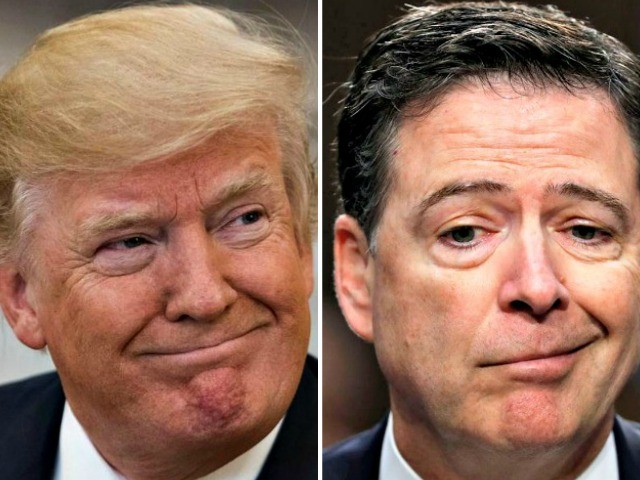 At the time James B. Comey was fired as FBI director, his agency was still attempting to corroborate claims made in the infamous, largely-discredited anti-Trump dossier, Comey admitted.

In testimony to the House Judiciary Committee on Friday, Comey described an effort “to try to replicate, either rule in or rule out, as much of that collection of reports that’s commonly now called the Steele dossier as possible, and that that work was ongoing when I was fired.” Trump dismissed Comey from the FBI on May 9, 2017.

A transcript of Comey’s testimony was released on Saturday. During one exchange with lawmakers, Comey said that FBI efforts to probe the dossier given to the agency by former British spy Christopher Steele started “sometime in ’16” almost immediately after Steele provided the charges.

The timing is instructive. In previous testimony, Comey admitted that he pushed back against a January 2017 request from President Donald Trump to possibly investigate the origins of the claims made inside the Steele dossier.

Comey’s latest testimony shows that even while he was cautioning Trump against ordering a probe of the dossier claims, Comey’s own FBI was quietly conducting an ongoing investigation into the wild content of that very dossier.

During prepared remarks for the Senate Select Committee on Intelligence, delivered on June 8, 2017, Comey related how he pushed back against a suggestion from Trump to investigate the dossier claims.

The former FBI chief stated that following a January 6 Oval Office meeting with Intelligence Community leaders, Comey “remained alone with the President Elect to brief him on some personally sensitive aspects of the information assembled during the assessment.”’

It is clear Comey was referring to the dossier since he writes the “salacious and unverified” material was about to be publicly reported by the news media. Four days after that briefing, the dossier was published by BuzzFeed.

In his statement summarizing his conversation with Trump, Comey refers to Russian prostitutes, a key component of the dossier:

He said he had nothing to do with Russia, had not been involved with hookers in Russia, and had always assumed he was being recorded when in Russia.

In a private White House dinner with Trump on January 27, Comey says the topic of the “salacious material” again came up and he reveals that Trump was considering asking the FBI to investigate the origins of the claims.  Comey pushed back against that idea.

During the dinner, the President returned to the salacious material I had briefed him about on January 6, and, as he had done previously, expressed his disgust for the allegations and strongly denied them. He said he was considering ordering me to investigate the alleged incident to prove it didn’t happen. I replied that he should give that careful thought because it might create a narrative that we were investigating him personally, which we weren’t, and because it was very difficult to prove a negative. He said he would think about it and asked me to think about it.

The Steele dossier was reportedly funded by Hillary Clinton’s 2016 presidential campaign and the Democratic National Committee (DNC) via the Perkins Coie law firm.

A House Intelligence Committee memo released last February documented that as FBI director, Comey signed three FISA applications to spy on former Trump adviser Carter Page with the dossier serving as part of the basis for the warrant requests.

Comey signed the applications without telling the FISA court that the dossier was financed by Trump’s primary political opponents, the memo related.

The GOP memo also relates that after Steele was terminated months earlier as an FBI source a “source validation report conducted by an independent unit within FBI assessed Steele’s reporting as only minimally corroborated.” Still, Comey saw fit, according to the Republican and Democrat memos, to utilize the dossier in the FISA documents. He also briefed Trump and then-President Barack Obama on the dossier contents.