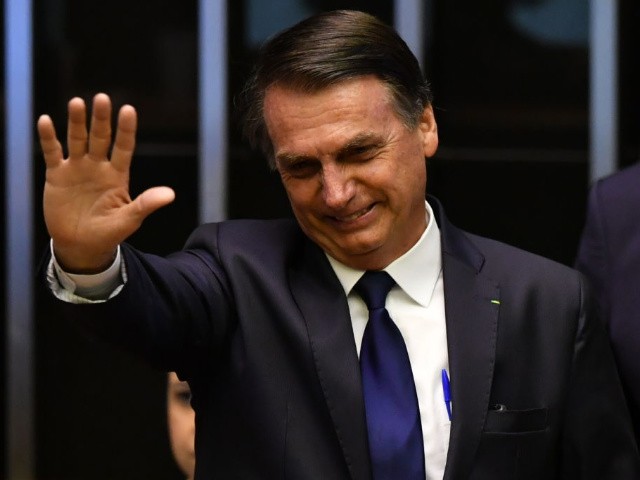 Brazilian President Jair Bolsonaro underwent a seven-hour surgery on Monday in which doctors removed the colostomy bag inserted after a left-wing opponent stabbed him at a campaign rally in September.

A colostomy bag is a small pouch attached to the stomach, used to collect feces from the body when the digestive system cannot function properly as a result of an illness, injury, or other complication.

“At the moment, the patient is clinically stable, conscious, pain-free, in the intensive care unit,” according to a statement from the Hospital Israelita Albert Einstein in São Paulo, where Bolsonaro arrived on Sunday evening.

Bolsonaro will now stay in the hospital for the next ten days, during which he is expected to make a full recovery. His Vice President Hamilton Mourao will take over presidential duties until his return.

The stabbing last September was carried out by socialist fanatic Adelio Bispo de Oliveira in a desperate attempt to prevent the 63-year-old from being elected president. Following his arrest, Oliveira claimed he was “ordered by God” to kill the conservative front-runner, having spent almost a decade registered as a member of the nation’s far-left Socialism and Liberty Party (PSOL).

The attack nearly proved fatal. Bolsonaro suffered serious internal bleeding and intestinal damage. The recovery process required him to take a significant step back from campaigning, although the incident appeared to boost his popularity, as he romped through the first round of voting and went on to defeat socialist opponent Fernando Haddad by a convincing margin in the run-off.

Bolsonaro’s surgery means he is unable to deal with the ongoing investigation into last week’s dam collapse in Brumadinho, where at least 65 people were killed after toxic sludge entered a company canteen and neighboring residential buildings. On Tuesday, police arrested five people in connection with the incident, including three officials from the mining company Vale SA, whose responsibilities included dealing with environmental impact licenses.