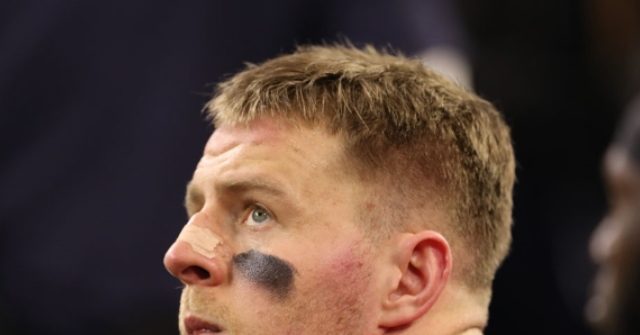 Houston Texans defensive end J.J.Watt rejected a fan’s notion that he would not approve of protests during the national anthem, and insisted that anthem protests are “not about the flag.”

Over the weekend, a fan posted a tweet exclaiming that Watt “won’t be taking a knee” if the NFL finally starts its 2020 season. But Watt was not amused by the Twitter user’s attempt to speak for him.

In reply, Watt wrote, “A) don’t speak for me,” and followed that with, “B) if you still think it’s about disrespecting the flag or our military, you clearly haven’t been listening.”

The player’s tweet comes on the heels of renewed interest in protests during the national anthem as the NFL contemplates a 2020 schedule that remains in doubt thanks to the coronavirus.

One thing seem sure. If Watt did decide to protest the country during the anthem once the league resumes play, it would be OK with Texans head coach Bill O’Brien who last week said he is all for such displays.

Indeed, coach O’Brien said he will take a knee right alongside the players.

Watt also commented on the police-involved death of Minneapolis man George Floyd, the incident that re-sparked interest in anthem protests.

“I’ve seen the video, and I think it’s disgusting,” Watt said. “I think that there’s no explanation. I mean, to me, it doesn’t make any sense. I just don’t see how a man in handcuffs on the ground, who is clearly detained and clearly saying, in distress … I don’t understand how that situation can’t be remedied in a way that doesn’t end in his death. I think that it needs to be addressed. Strongly, obviously.”