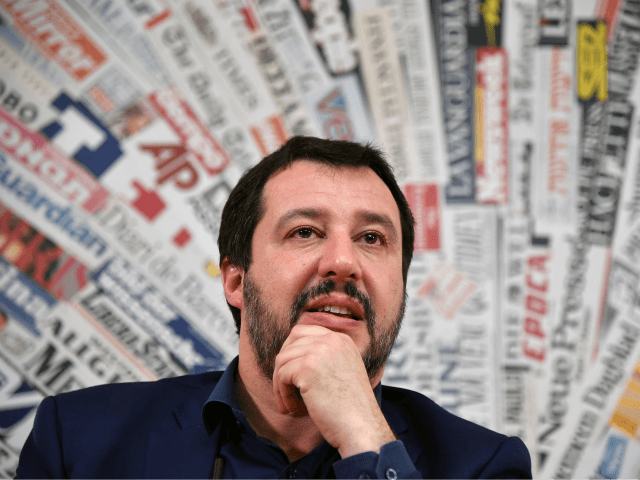 Italian populist Interior Minister Matteo Salvini is slated to be the new face of an emerging sovereigntist-populist supergroup in Europe, according to Austrian Freedom Party MEP Harald Vilimnsky.

Mr Vilimsky, who serves as the Secretary General of the Freedom Party (FPÖ), said that three major sovereigntist-populist political groups in the European Parliament would be presenting a new agreement this month to increase cooperation between them, Omni reports.

The three groups involved are said to be the populist Europe of Nations and Freedom (ENF), Europe of Freedom and Democracy (EFDD), and the eurosceptic European Conservatives and Reformists (ECR).

While there has been some cross-over with the ENF — which has Salvini, Marine Le Pen, Geert Wilders, and the FPÖ as members — and the EFDD, as UKIP MEPs sit with both groups, there have been few formal links between the two.

The ECR, which has been the home of eurosceptic members of the UK’s Conservative Party for nearly a decade, reacted to Vilimsky’s comments saying the April cooperation announcement was “news to us.”

The populist Sweden Democrats (SD) is also a member of the ECR, but SD MEP Peter Lundgren has previously been hesitant on the subject of a possible European Parliament supergroup remarking in March, “It will not be possible to form a large EU-critical group.”

Over the past several months, Mr Salvini has made several high profile meetings with other conservative and populist party leaders across Europe, aimed at furthering cooperation.

In August last year, Salvini met with Hungarian Prime Minister Viktor Orbán who labelled the Italian interior minister as “my hero,” for his work on reducing mass illegal migration via sea.

In October, the League’s Salvini met with National Rally leader Marine Le Pen and promised to create a “freedom front” ahead of this year’s EU elections in May.

Then in January, the Italian minister met with members of the ruling Law and Justice party (PiS) in Poland where he once again spoke of building an alliance stating, “I would like there to be a common alliance of those who want to save Europe.”

With the recent suspension of Prime Minister Orbán’s Fidesz party from the centrist European People’s Party (EPP), Orbán has said he will be looking to find allies after May’s elections saying, “Hungary is too small to enforce its opinion in Europe. Media, NGOs, universities in Europe are all against us and can destroy us. That’s why we need strong allies.”