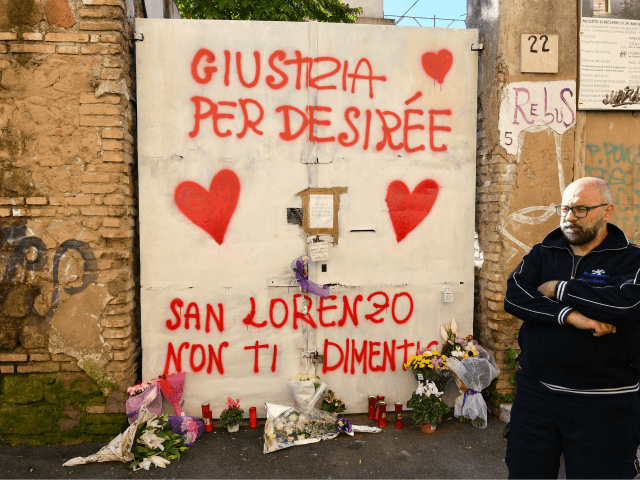 A teenage girl was drugged, raped, and murdered by a gang of “Africans and Arabs”, according to claims by an alleged witness, with far-left protestors subsequently preventing Italy’s interior minister from visiting the crime scene to pay respects.

The body of the teen, identified locally as Desirée Mariottini, was discovered in an abandoned building site in the Italian capital’s San Lorenzo area on October 19th, Il Giornale reports.

Investigators initially believed that the 16-year-old had died of a drug overdose, as the area in which her body was found was known to be a den for homeless and drug addicts and she has drugs in her system.

However, new leads and witness testimony point to an entirely different scenario. Police now believe that the teen had been raped by multiple men before her death after hearing from a Senegalese migrant who claimed to have witnessed the aftermath of the rape and alleged murder.

According to the unnamed migrant, he arrived shortly after Desirée’s death, saying: “I arrived there at midnight or half past midnight and there was a girl screaming.”

“I looked at the woman screaming and there was another girl in bed: they had put a blanket up to her head but you could see her head. I do not know if she was breathing. She looked already dead, because the other girl was screaming and saying that she was dead,” he said.

The man went on to add: “There were Africans and Arabs, six or seven people. Another girl was there and spoke Romani. She was screaming that they raped her, then she also took some drugs because she sells drugs there,” and claimed the teen had been drugged before the rape.

The murder has caused outrage across Italy. Populist Interior Minister Matteo Salvini attempted to visit the area wearing a white rose but was blocked by far-left protestors.

“I have a white rose in the car that I wanted to bring if these idiots had been elsewhere,” Salvini said and added that next time he came back it would be with a bulldozer.

The murder echoes that of 18-year-old Pamela Mastropietro who was allegedly drugged and killed by a Nigerian drug dealer earlier this year. The story shocked Italy after it was revealed that the Nigerian had dismembered the teen’s corpse, stuffed the pieces into suitcases and left them by the side of a road.

Innocent Oseghale, 29, later admitted to chopping up the body but denied her murdered her. The preliminary hearing for the case is scheduled for late November.