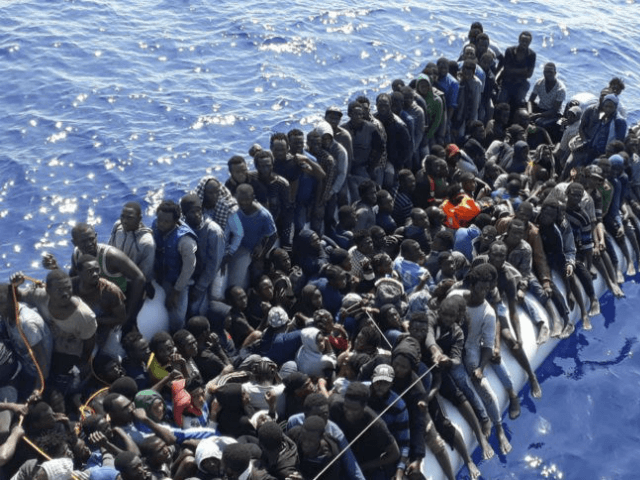 Italian general and noted author Carlo Jean has dismissed the possibility of successful military action in Libya and warned that birth control measures need to be implemented to stop the massive future population growth in Africa.

General Jean, who currently serves as a professor of Geopolitics at the Marconi University in Rome, has claimed that Italian military intervention in the deteriorating situation in Libya would be “impossible”, Il Giornale reports.

Jean blamed French President Emmanuel Macron for destabilising the country saying that a summit Macron held in May excluded many local tribal leaders and led to tribal leaders thinking they would be “marginalised from access to wealth and moved against the centre of power”.

“It is known that there is no Libyan people but a group of tribes. Gaddafi himself, when he had problems, did not reunite the Council of the Revolution Command but that of the leaders of the tribes. Now, since France is the realm of rationality, it is unthinkable that it was an oversight,” he said.

When asked about potential Italian military support to calm the situation in Libya, Jean dismissed the idea saying the country would need at least 200,000 troops and that public opinion would turn against such an operation.

“Just see the trouble that the NGOs cause because we do not let migrants enter the ports. The only country that could intervene in Libya massively is Egypt, but in exchange for the oil fields of the Tibesti or, at least, the royalties of the exploitation of oil,” he said.

On the issue of mass migration from Africa, Jean said the answer to the problem was birth control.

“The hygiene measures and medicines we exported to Africa have extended life expectancy and infant mortality has plummeted. In the fifties, Africans were 200 million, now they are one billion and 200 million and, at the current conditions of growth, at the end of the century will be more than 4 billion,” he noted.

“If there is no demographic transition measure, they will be one-third of humanity. For example, Nigeria will have more people than the European Union in 2050. Then what do we do?” he said.

NCA: 700,000 Migrants in Libya Waiting to Board Boats to Europe https://t.co/yrCiB44rvh

Jean is just the latest to warn of the potential for mass migration from Africa due to the high birthrates in several African countries.

According to a Pew Research Center study released earlier this year, up to two-thirds of Africans would like to move to Europe or the United States with millions preparing to leave the continent in the next five years.

While some have sounded the alarm to mass migration from Africa, others like French President Emmanuel Macron have embraced the idea to some degree.

“[Africans] are mostly turning to Europe because the continent [of Europe] is not an island, because of our location, and because Europe has its destiny bound with Africa,” Macron said earlier this year.

European Commission President Jean-Claude Juncker was even more supportive of the idea of mass migration from Africa saying Europe “will clearly need immigration in the coming decades”. He added that European countries should “provide [Africans] who want to come, and are able to come, and whose situation makes it possible for them to come, with legal paths to get to Europe”.