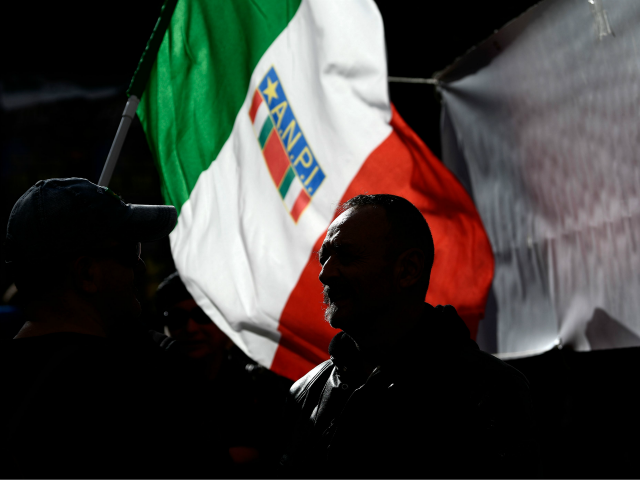 The far-left L’Associazione Nazionale Partigiani d’Italia (ANPI/National Association of the Italian Partisans) has promised to engage in “civil resistance” following the confirmation of the new migrant and security decree drafted by populist interior minister Matteo Salvini.

The group said they would be looking to organise against the implementation of the decree aimed at curbing terrorism and illegal immigration, which they have accused of revolutionising the Italian constitution, Il Giornale reports.

Carla Nespolo, the current president of ANPI, said that the decree would push the Italian republic into “the nightmare of legal apartheid.”

“It is truly incredible that such a thing happened, that such a heavy blow was made to the right to asylum, to acceptance, to integration, to a model that brought wealth and civil cohabitation to those communities that had responsibility, and the courage to experiment with it,” Nespolo said.

Nespolo also called on members of the ANPI to, “organise a broad, widespread, unitary civil and cultural resistance,” against the Italian government.

In reaction to the statement, Salvini said: “The nostalgic of the red flags speak of a ‘nightmare’ and invoke ‘civil resistance… the nightmare was the governments of the left, driven out by the Italians. Now we finally restore law and respect.”

The ANPI is just the latest left-wing group to come out against Salvini, with radical left-wing extremists even calling for his assassination in Bologna.

Members of the far-left Autonomous University Collective (CUA) called for the killing of Salvini, putting up posters showing his face with a target on it and the words: “Assassin, take aim at this”.

While much of the rhetoric has remained only words, some far-left extremists in Italy have gone even further. In August, members of the extremist anarchist “Santiago Maldonado Cell” took credit for the bombing of an office of La Lega, the party led by Salvini.