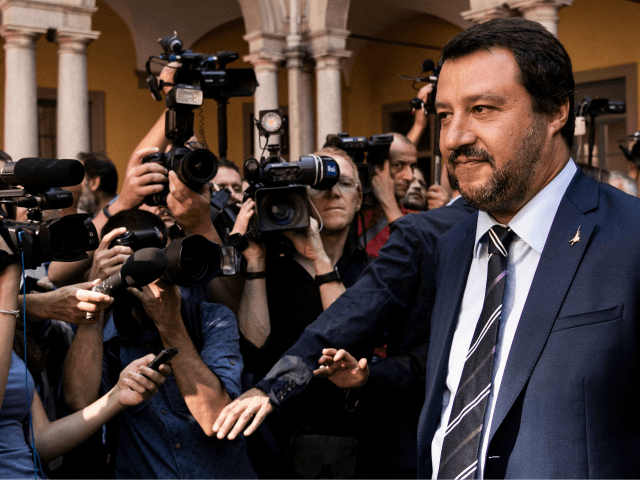 A number of Catholic prelates have publicly criticized new efforts by Italian interior minister Matteo Salvini to curb illegal immigration, accusing the minister of adopting a “fire and brimstone” approach to migrants.

The new system effectively incarnates the three-point immigration plan promised by Salvini last June, which included increasing the number of repatriation centers so that irregular immigrants will not “wander the streets causing confusion,” reducing the number of new arrivals, and streamlining deportations.

Criticisms of Salvini’s program from the Catholic hierarchy were not long in coming.

While acknowledging that he had “no easy solutions” to the immigration situation, the president of the Italian bishops’ conference (CEI), Cardinal Gualtiero Bassetti of Perugia, said this week that the bishops felt called to witness to the world of politics so that it “does not yield to the temptation to exploit the fears or the objective difficulties of some groups and to use illusory promises for short-sighted electoral interests.”

Bassetti also noted the distinct roles of the Church and politics.

“No one can expect the church to say what the sociologist or politician says,” he said. “As pastors we are interested in solidarity between people and integration.”

The cardinal admitted that he had not yet read Salvini’s proposed legislation in depth, but noted he was concerned about new limitations on the Italian residence permit because they “threatens to expose so many people to an uncertain future.”

The president of the Administration of the Patrimony of the Holy See (APSA), Bishop Nunzio Galantino, also spoke out against Salvini and the proposed legislation, while confessing that, like Bassetti, he had not really read through the new program.

“The Italian situation is not so bad as to warrant a fire and brimstone approach,” he said, while calling instead for “realism to stop twisted attitudes that don’t allow us to perceive a sense of reality.”

Opposition to Mr. Salvini — a Catholic himself — from the Church establishment is nothing new, and in his short span as interior minister he has been called everything from Satan to the antichrist because of his commitment to reining in illegal immigration.

Mr. Salvini was asked last month how he explains the “unprecedented hostility” toward him from the Catholic establishment in Italy, notably the bishops conference and Catholic journals such as Famiglia Cristiana and Avvenire.

“Honestly I cannot explain it. So much virulence leaves me truly perplexed,” Salvini said, adding that on the other hand he is “flooded” with mail from Catholics — even priests and bishops — who encourage him to keep going the way he is.