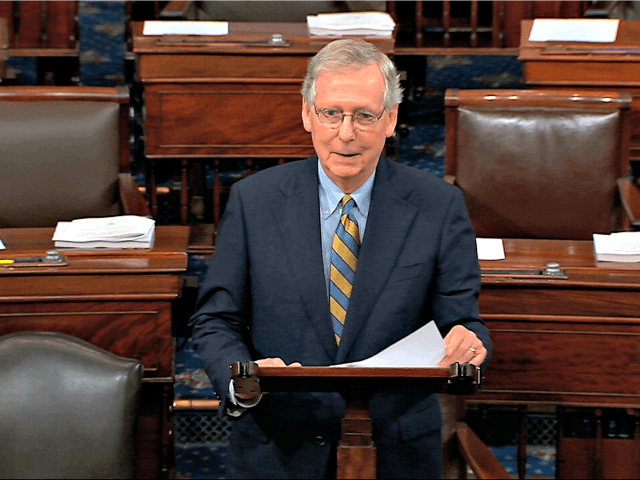 WASHINGTON, DC – Senate Majority Leader Mitch McConnell (R-KY) on Wednesday began the final round of the confirmation battle over the nomination of Judge Brett Kavanaugh for the U.S. Supreme Court, filing for cloture to ensure a final vote on President Trump’s nominee by the end of this week.

Shortly before 10:00 p.m. in a night session on Wednesday, McConnell filed a motion for cloture, to limit debate on the Kavanaugh nomination and force a final vote as to whether Judge Kavanaugh will become Justice Kavanaugh.

At the insistence of Sens. Jeff Flake (R-AZ) and Lisa Murkowski (R-AK), Senate leadership allowed an extra week for additional investigation into Kavanaugh. President Trump ordered the Federal Bureau of Investigation to expedite the Senate’s request, and to conclude its work by this Friday. The FBI finished its work early, and consequently senators can review the supplemental report beginning Thursday morning.

Under Senate rules, the motion must now “ripen” for a day. The full Senate will vote early on Friday on the motion. Although cloture requires 60 votes for legislation, only 51 votes are required for presidential nominees to judicial or executive office.

If cloture is invoked Friday morning, the final vote on confirmation will come late on Saturday afternoon.