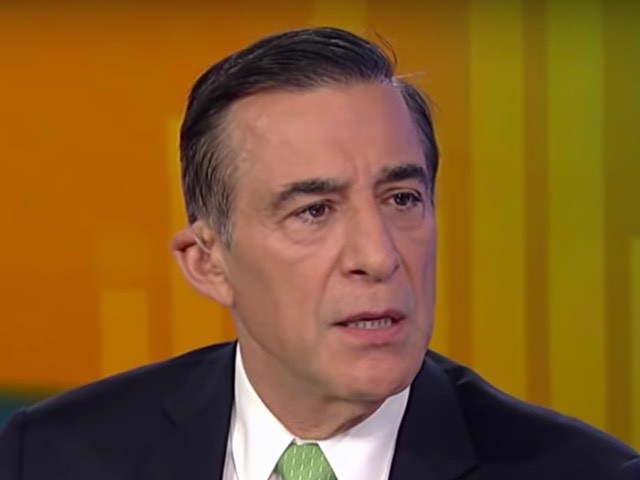 Issa praised Kudlow, saying his presence in the Trump administration shows that “tariffs are a tool to get free trade.”

“[T]hanks for having me follow the hardest guy to follow, I know,” Issa told host Maria Bartiromo. “Larry Kudlow — you were talking to one of the great free traders. And the fact that he’s there at the president’s side tells you that tariffs are a tool to get to free trade. His very being in the administration says that.”