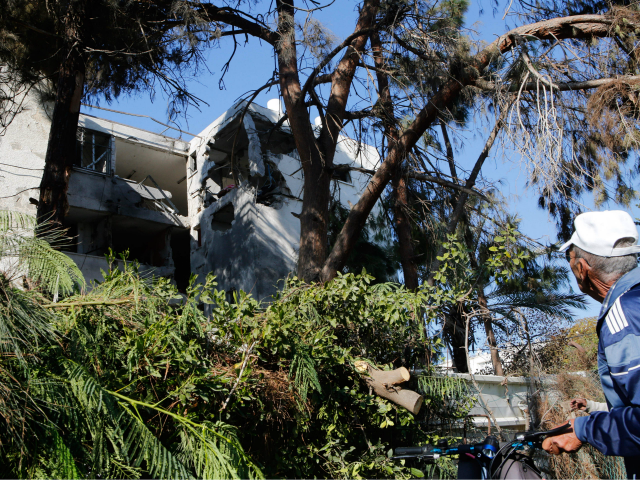 The Times of Israel reports: A woman whose Ashkelon home was hit by a rocket from the Gaza Strip on Monday night described the moments of fear as the projectile came through her living room roof with an “unforgettable” blast, as some residents of southern Israel fumed over what they described as a weak Israeli response to the spiraling violence emanating from the coastal enclave.

According to the Israel Defense Forces, more than 300 projectiles were fired at Israel on Monday afternoon and evening, triggering sirens in Israeli communities close to the Gaza Strip, in the city of Beersheba and even as far away as the Dead Sea and the West Bank’s Hebron Hills.

Over 300 rockets & mortar shells were fired from #Gaza by Hamas since this afternoon.

Dozens were intercepted by the Irom Dome defense system.

Some 60 incoming rockets and mortar shells from Gaza were intercepted by the Iron Dome air defense system, the military said, while several others struck homes and buildings in Israeli communities near the border, causing light injuries and severe damage. Most of the projectiles fell in open areas, causing neither casualties nor damage, the IDF said.