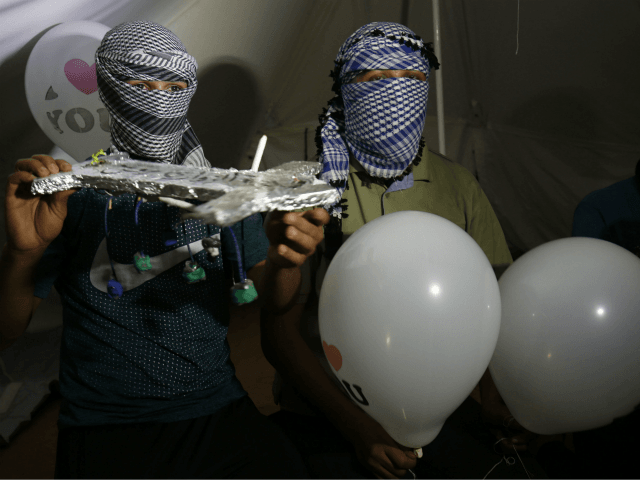 The Times of Israel reports: A military aircraft fired toward a group of Palestinians on Saturday flying incendiary balloons from the Gaza Strip into Israel, the Israeli army said.

There were no reports of injuries. Palestine media outlets said the strike destroyed a motorcycle in southern Gaza. The airstrike came as flaming balloons launched from the coastal enclave started two fires in southern Israel. Firefighters were working to extinguish the blazes, which broke out at the Be’eri and Shokeda forests.

Another fire was later sparked in the Kissufim Forest by a burning balloon flown from Gaza, the Ynet news site reported. A spokesman for the Fire and Rescue Services said balloons launched from Gaza started a total of four fires Saturday in the south.