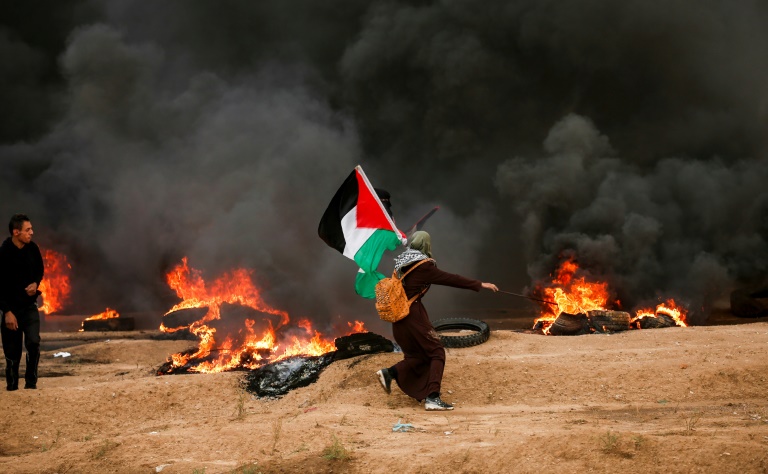 TEL AVIV – An Israeli kindergarten near the border with Gaza was evacuated Thursday morning after a bomb launched by terrorists from the Gaza Strip was found in the playground, officials said.

“The object was collected by security officers and handled by them,” an Eshkol spokesperson said.

Separately on Thursday, a security jeep was set on fire some 2.5 miles from the border by an incendiary device flown from the Strip.

“The incident is under control, and there are no injuries,” said the spokesperson for the fire department’s southern district.

“The fire was sparked when the vehicle went over an incendiary balloon. The small blaze that was under the car sparked a fire in a pipe in the fuel system, which caused the fire to spread to the front part of the car and caused significant damage to the vehicle,” he said.

Gadi Yarkoni, the head of the Eshkol regional council, called on the government to do more to fight the airborne terror that has seen the Palestinians launching incendiary devices including kites and balloons.

“I expect the government of Israel to show responsibility toward its citizens and to end this ongoing terror in order to ensure the security of residents. The writing is on the wall. The responsibility is on you,” Yarkoni said in a statement.

News of the arson attacks comes as terror groups in the Gaza Strip agreed to a temporary ceasefire that includes ending the launch of incendiary devices toward Israel. The armed groups, which include Hamas, Palestinian Islamic Jihad, the Popular Front, and others, will also put a stop to the burning of tires and infiltrations taking place every Friday under cover of ongoing border riots, an unnamed senior Hamas member told the Haaretz daily.

The Egyptian-brokered ceasefire deal comes as Israel moves to increase the fishing zone off the coast of the Gaza Strip as well as facilitate the transfer of funds from Qatar for Hamas salaries.