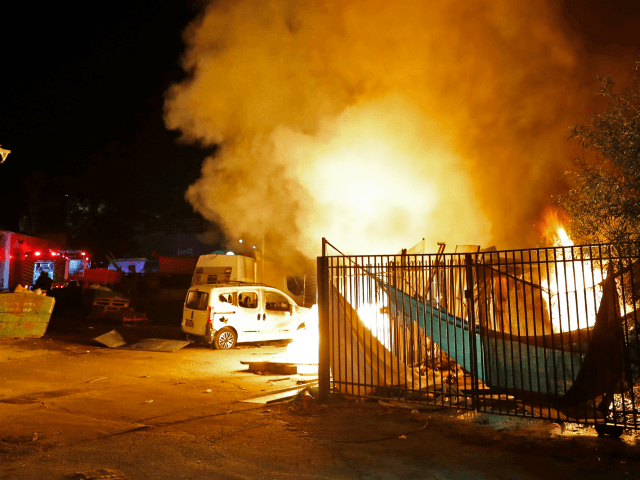 The Times of Israel reports: A man was killed and two women were seriously injured after a rocket fired from the Gaza Strip scored a direct hit on an apartment building in Ashkelon.

The fatality was the first in Israel after a day that saw more than 300 missiles and mortar rounds fired at Israeli communities near the Gaza Strip in a series of massive barrages that stretched past midnight Monday and into Tuesday morning. The missile attacks appeared to taper off after 1 a.m.

WATCH UNTIL THE END: This is the true impact of terror. 300+ rockets fired from #Gaza at innocent #Israelis. Civilians are #NotATarget.
CC: @UN pic.twitter.com/Mht4qEiUZ7

The man, in his 40s, was found dead under debris as rescuers searched through the apartment building that had been hit by a missile fired from Gaza shortly after midnight, according to reports. The rocket appeared to hit the upper floors of the four-story apartment building, leaving a gaping hole in its side.