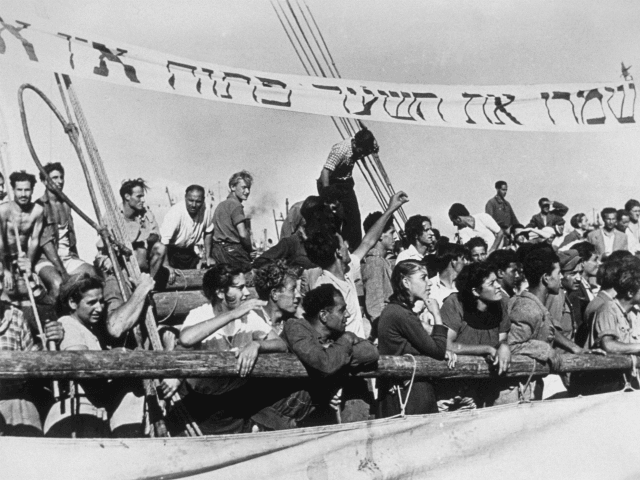 TEL AVIV – Israel is expected to demand $250 billion in compensation from eight Arab states as well as Iran for assets left behind by Jews who fled or were expelled from those countries after the State of Israel was founded.

“The time has come to correct the historic injustice of the pogroms (against Jews) in seven Arab countries and Iran, and to restore to hundreds of thousands of Jews who lost their property what is rightfully theirs,” Israel’s Minister for Social Equality Gila Gamliel, whose ministry is handling the issue, said Saturday.

Israel released official estimates of the total property and assets lost in the Arab world in anticipation of President Donald Trump’s imminent peace plan, Hadashot TV news reported. A peace deal with the Arab world will likely be conditional on receiving compensation from those countries, the report said.

The first two countries on the list are Tunisia and Libya, with a combined total of $50 billion worth of Jewish property.

More than 850,000 Jews fled or were forcibly driven out of 10 Arab countries following violent Arab rioting over Israel’s establishment.

The valuations released Saturday are the result of research conducted over the course of the past year and a half by the Israeli government and an international accountancy firm.

“One cannot talk about the Middle East without taking into consideration the rights of the Jews who were forced to leave their thriving communities amid violence,” said Gamliel. “All the crimes that were carried out against those Jewish communities must be recognized.”

The Palestinian Authority has demanded more than $100 billion in compensation from Israel for property deserted by Arab residents after the founding of the state. Furthermore, the Palestinians have also maintained “the right of return” for millions of the descendants of those original “refugees” — a demand that would spell the end of the Jewish state by demographic means.

Jews who were persecuted in Arab lands arrived in Israel destitute and did not receive refugee status from the UN or other international bodies.

Any compensation received from those eight countries would be funneled to a special fund, the report said.

In 2014, Israel passed legislation to mark November 30 as a memorial day for the departure and expulsion of Jews from Arab countries and Iran.

“It is not for nothing that this day is marked on the day after the 29th of November,” Netanyahu said on November 30, 2014, referencing the date of the UN’s partition resolution in 1947. “The Arab countries, which never accepted the UN declaration on the establishment of a Jewish state, compelled the Jews living in their territories to leave their homes while leaving their assets behind. … We have acted — and will continue to act — so that they and their claims are not forgotten.”