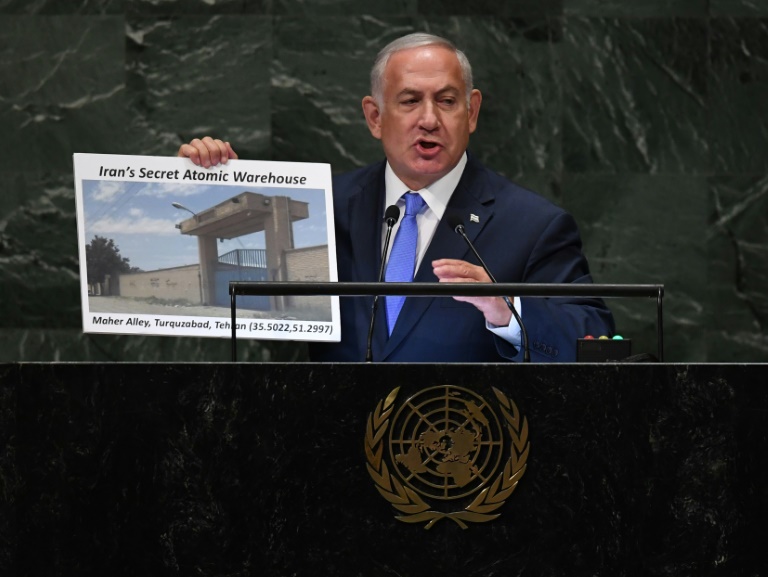 The Times of Israel reports: Israel told the United States and the International Atomic Energy Agency about the existence and contents of the previously unknown Iranian nuclear site whose presence was publicly revealed at the UN Thursday by Prime Minister Benjamin Netanyahu, but the atomic watchdog failed to act on the information, a senior Israeli official said.

According to the unnamed official, quoted Friday by Israel’s Channel 10 news, the “secret atomic warehouse” revealed by Netanyahu contained nuclear materials that Iran is not allowed to hold without declaring them to the IAEA. Yet the IAEA knew nothing about the site, the official said, and still failed to act when Israel informed both the IAEA and the US administration about it.

The official added that Israel knows exactly what was being stored at the facility after it was uncovered by the Mossad spy agency a few months ago, from which time the Israeli secret service kept the location under surveillance.