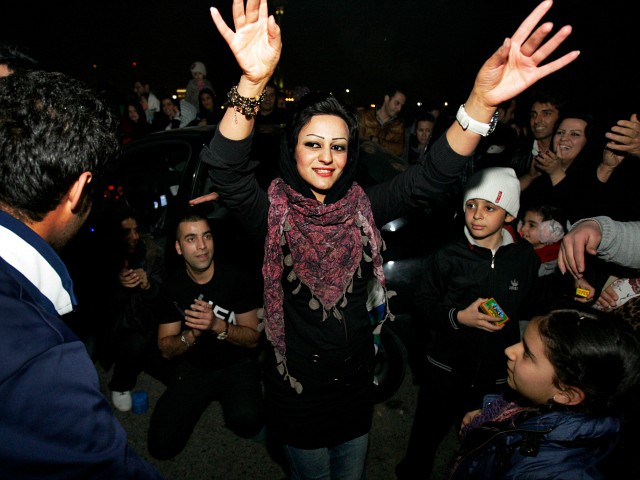 Iranian police have shut more than 500 restaurants in Tehran, with the capital’s police chief alleging they defied “Islamic principles.”

They will now join a list of forbidden activities in the republic that includes public dog walking.

“The owners of restaurants and cafes in which Islamic principles were not observed were confronted, and during this operation, 547 businesses were closed and 11 offenders arrested,” local police website quoted Hossein Rahimi as saying on Saturday.

Fars news agency said the operation was carried out over the past 10 days by members of elite police “Islamic morality” patrols.

“Observing Islamic principles is … one of the police’s main missions and responsibilities,” the police chief said.

Also on Saturday, the head of Tehran’s guidance court, which deals with “cultural crimes and social and moral corruption,” called on Tehran citizens to report cases of “immoral behavior” by texting a designated phone number.

“People would like to report those breaking the norms but they don’t know how… We decided to accelerate dealing with instances of public immoral acts,” Mohammad Mehdi Hajmohammadi told the judiciary’s Mizan Online.

Citizens can report instances of those driving without “hijabs in cars,” “hosting mixed dance parties” or posting “immoral content on Instagram,” he said.

This is not the first time a harsh version of Islamic law has been invoked in Iran against the general population.

As Breitbart News reported, authorities in Tehran reportedly banned the walking of dogs in public spaces in January in a move reportedly aimed at discouraging dog ownership, considered a Western deviance by the Islamic regime.

“We have received permission from the Tehran Prosecutor’s Office, and will take measures against people walking dogs in public spaces, such as parks,” he explained.