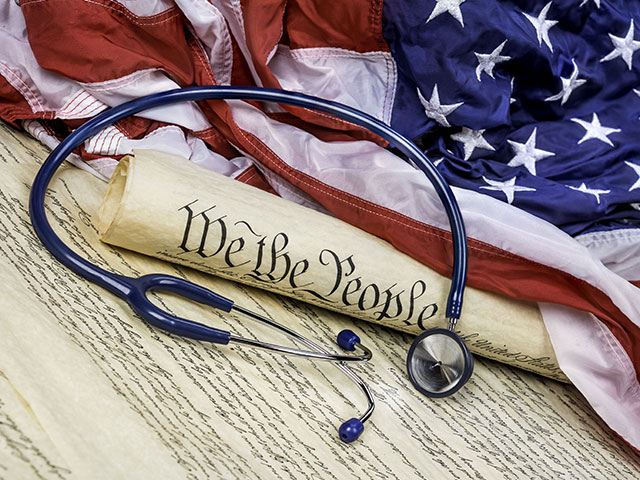 Your answer to this question likely depends on whether the cost of your healthcare has gone up. On one hand, the Individual Mandate has been revised, eliminating any tax penalties for not having health insurance. On the other hand, the cost of paying for healthcare continues to rise. So how can Americans find a way to afford healthcare costs?

The promise that health insurance companies try to sell Americans is that they can live without worrying about how they’ll pay for medical bills if they get sick or injured. But anyone who has ever had one of these programs knows that when you do get sick or injured you have to worry not only about the care you need to receive, but also whether you’ll be able to afford it. This has led to a trend of more and more people moving in a different direction when it comes to how they pay for their healthcare.

Does that sound too good to be true? Well, it’s not. In fact, that way to pay for healthcare already exists. It’s called healthcare sharing.

You may not know much about healthcare sharing and that’s okay. It’s a relatively new concept to most Americans. Healthcare sharing is everything listed above and more, and it’s available to everyone. The concept has been around since the 1980s, but has rapidly grown in popularity since the passage of the Affordable Care Act, commonly known as Obamacare, thanks to an exemption written into the law. This exemption allowed Americans to be a member of one of these programs instead of a healthcare program offered on the Exchange, without facing a tax penalty.

If you were to research healthcare sharing, you would quickly realize that, much like any industry, there are a lot of organizations competing with each other. One organization that has set itself apart from all the others is Liberty HealthShare. This organization has managed to grow to one of the largest healthcare sharing organizations by giving its members exactly what they want: affordability, choice of doctors, transparency on how their money is being spent, and freedom from government regulation.

Liberty HealthShare aims to return freedom to their members without network restrictions. Liberty HealthShare gives members the ability to take charge of their own healthcare. This includes not only the costs, but also decisions on which doctors they see, what procedures they have done, and which hospitals they visit.

People use healthcare sharing for several reasons, including lower costs, the ability to choose your own doctor, and freedom to make your own healthcare decisions. Another key reason why so many people are part of healthcare sharing is the ability to help others. With every monthly payment, a member’s money goes to help others pay their medical costs. Without a community of people coming together to lend a hand to each other, members would be subject to the continually rising costs of the healthcare industry.

While the debate will continue regarding whether the American healthcare system as a whole has improved or regressed in the last decade, one thing is certain. The healthcare system that the majority of Americans are familiar with may still be a troubled and complex system, but one program available to all Americans offers an affordable way to pay for their healthcare. It offers healthcare that returns freedom to the consumer.

As the battle over the future of America’s healthcare system endures, you can expect to see people continue to move toward healthcare sharing as a way to combat the concerns that so many of us have experienced with our healthcare programs, and also a way to take back control of our right to quality and affordable healthcare. If you’re one of those people looking for a way to take back control of your healthcare, check out Liberty HealthShare. They have a strong track record of returning freedom to their members and they can do the same for you.