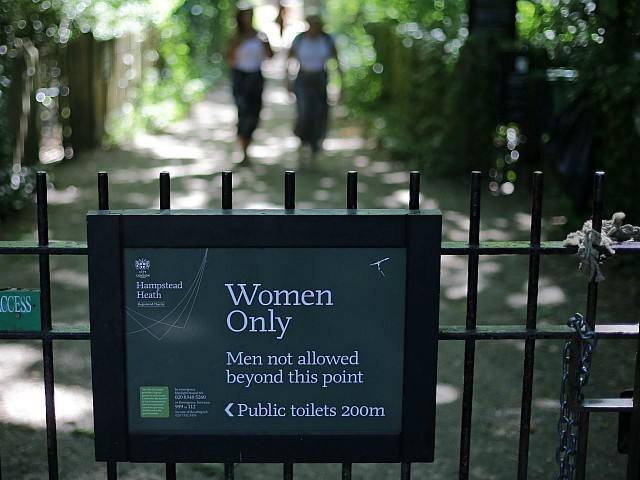 Ireland’s Minister for Higher Education announced Sunday the introduction of sex-specific teaching jobs to attack what she sees as persistent gender inequality on the island.

In an op-ed for the Irish Independent, Minister Mary Mitchell O’Connor writes that in order to “accelerate” gender equality in Irish Higher Education Institutions, she is creating “female-only professorial posts within our universities and institutes of technologies.”

Many women, “who are as capable and efficient as their male peers,” Mitchell O’Connor writes, “still work in an environment where their gender holds them back. Let’s call it what it is: gender inequality.”

Anticipating some “minor backlash,” Ms. Mitchell O’Connor argues that the move does not discriminate against men but simply addresses the “paltry proportion” of women in senior third-level positions.

This is about “affording women of equal, yet unrecognised, proficiency an opportunity that is currently not available to them because of a traditional status quo that is badly in need of reform,” she contends.

“Here’s to strong women. May we know them. May we be them. May we raise them,” Mitchell O’Connor writes. “What an inspiration it will be for young girls to know they can secure that top job in the third-level sector by being the right person and not the wrong gender.”

Some cynics may go further still and propose that the minister’s toast to “strong women” may actually demean women by suggesting that they can only get hired as teachers when men need not apply.

Mitchell O’Connor’s affirmative action plan for higher education is part of a broader crusade to enforce gender quotas across the board in Ireland.

Last July, Ireland’s Minister of Culture announced a similar program for Irish theatre, with a policy requiring that within five years half of all plays staged in Ireland be written by women.

Minister Josepha Madigan launched the quota drive at the Lir National Academy of Dramatic Arts at Trinity College in an effort to ensure that women are equally represented on theatre boards. She asked for an immediate commitment from theatres and arts festivals to guarantee that half of all plays commissioned will have female playwrights within five years as part of a her “gender equality” campaign.

Ten theatres and arts festivals immediately signed onto the policy, including the Dublin Theatre Festival and the Gate, Abbey, and Druid theatres.

The “Gender Equality in Practice in Irish Theatre” quotas were drafted after the #WakingtheFeminists campaign in 2015-2016, which protested the low proportion of female playwrights and directors in Irish theatre.