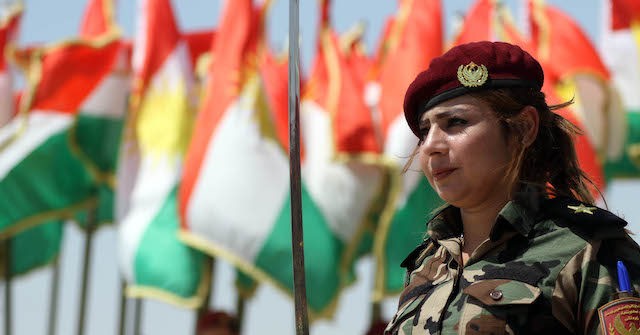 Kurdish members of the Iraqi Parliament (MP) and another MP got into a physical brawl Monday night over the latter’s reported insults to the Kurdistan Regional Government and its leaders, Kurdish news outlet Rudaw reported.

Neither Muhammad nor Rudaw identified the Kurdish MPs who participated in the fight. As of press time, Kalabi has not publicly commented on the fight.

The PMF is an Iran-backed coalition of mostly Shia Muslim militias, some of which the United States officially designates as terrorist organizations. In March 2018, the Iraqi government formally recognized the PMF as a branch of the national armed forces in recognition of their efforts fighting the Islamic State.

Muhammad did not specify any of Kalabi’s comments, saying instead that “Kalabi transgressed the sanctities of the Kurdistan region and its leaders.” He did, however, assert his belief that Kalabi sought to exacerbate already tense struggles between the Kurds and federal authorities.

The Kurdistan Regional Government (KRG), headquartered in Erbil, northern Iraq, has been at odds with the government in Baghdad for years over a range of issues, including the region’s independence.

In 2017, the KRG staged a “non-binding” independence referendum in which over 90 percent of voters backed the KRG becoming an independent nation. No Middle Eastern nation, including Iraq, recognized the legitimacy of the vote and the U.S. rejected Kurdish self-sovereignty, despite viewing the Kurds as a critical ally against the Islamic State.

The KRG’s military, the Peshmerga, played critical roles in the battles to liberate Iraqi territories from ISIS, including in Mosul, a city of 2 million people prior to Islamic State occupation. The Peshmerga also prevented ISIS from conquering the oil-rich, ethnically diverse city of Kirkuk after the Iraqi military fled.

A subsequent armed conflict between the KRG and Baghdad saw the Kurds lose significant territory in the north, including Kirkuk. PMF fighters played a significant role on the side of Baghdad.

Though the Kurds retain representation in Baghdad, tensions remain high between Erbil and the federal government. Monday night’s fistfight comes amid the latest row between them over a budget dispute and looming vote on a judicial reform package, Rudaw noted.

The KRG is currently seeking additional funds from the federal government for the 2021 budget while the proposal remains unfinished. Simultaneously, the parliament remains deadlocked over the proposed addition of four Islamic members, two Shia and two Sunni, to the federal court committee who would hold veto power and an array of other legal tools to alter legislation. The Muslim members would presumably come from Arab, rather than Kurdish, communities.