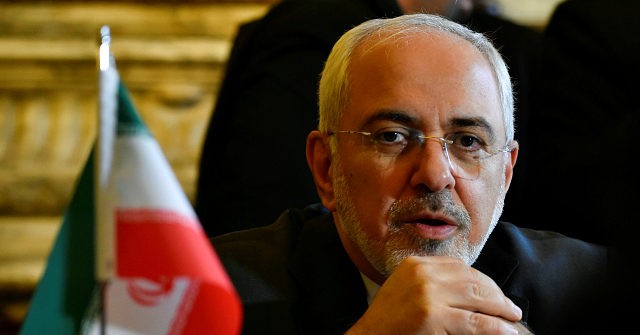 Sunday on ABC’s “This Week,” Iranian Foreign Minister Mohammad Javad Zarif said President Donald Trump’s negotiation  style “may work in a real estate market,” but he said it “does not work in dealing with Iran.”

RADDATZ: We asked Iran’s foreign minister about Trump’s so called maximum pressure campaign when we sat down with him this morning. It looks like it’s having a devastating effect on the economy.

RADDATZ: President Trump says he wants to talk, he has invited Iranian officials to give him a call. How likely is that?

ZARIF: It’s not very likely, because talking is the continuation of the process of pressure. He is imposing pressure, this may work in a real estate market, it does not work in dealing with Iran.

ZARIF: The last experience was not very optimistic and does not provide an optimistic perspective for a future agreement. So this is what I believe is happening to the national community, that is people think twice before they talk to the United States because they know that what they agree to, they may not hold to mark.

RADDATZ: On Friday, the International Atomic Energy Agency said Iran is in compliance with the original nuclear deal, but the IAEA is also raising questions about new centrifuges in Iran and the U.S. has accused Iran or its proxies of sabotaging four oil tankers near the Persian Gulf, charges Zarif disputes. If the United States decides to declassify some of its intelligence, if they show images which some officials say exist of cruise missiles being put on small Iranian boats, will you simply dismiss that and not believe it?

ZARIF: No, no, no, I believe – you see we call this place the Persian Gulf for a reason, so it’s next to us, we have the right to defend ourselves. Just imagine if Iran were to come to California coast or to come to Florida coast, how do you feel – how would you treat that? These ships are located very close to our waters, we have the right to put whatever missiles we want to put on them.

RADDATZ: You’ve talked about escalation and that there would be dangerous consequences. What kind of consequences are you talking about with the United States?

RADDATZ: What would you say to President Trump?

ZARIF: I’ve said it before, threats against Iran never work. Never threaten an Iranian, try respect. That may work.