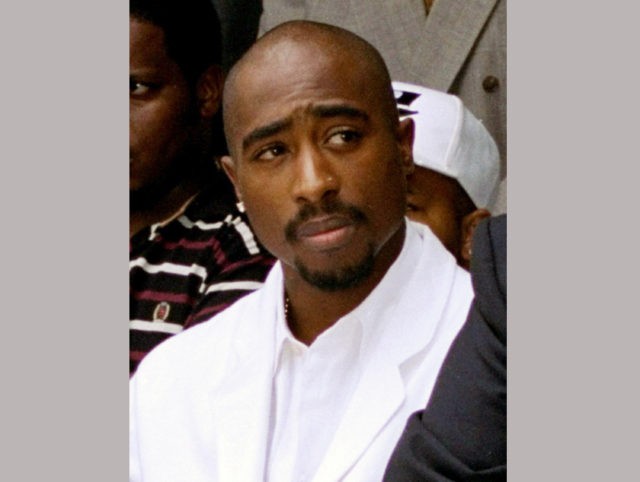 The fiercely anti-American former president of Iran, Mahmoud Ahmadinejad, quoted gangster rap legend Tupac Shakur on Monday to criticize the U.S. government on the anniversary of the founding of the Black Panther Party.

Marking the anniversary of the Black Panther Party’s founding on Monday, the Islamic hardliner wrote on Twitter: “One of the main objectives of the #BlackPantherParty was feeding the hungry; which did not sit well with the #UnitedStatesGovernment . #BrotherHuey #October15″

One of the main objectives of the #BlackPantherParty was feeding the hungry; which did not sit well with the #UnitedStatesGovernment . #BrotherHuey #October15

Tupac’s later mother, Afeni Shakur, is a former Black Panther who exposed the rapper to the group’s ideology.

Tupac rapped about racism, the war on drugs, police brutality, and the struggles of the black community. He died in 1996 at age 25 as the victim of a drive-by shooting. His murder remains unresolved.

Arguing that the deal failed to meet expectations, U.S. President Donald Trump pulled out of the controversial Iran nuclear agreement that was to provide Tehran sanctions relief in exchange for constraints to its nuclear activities.

President Trump decided to reimpose the sanctions suspended under the nuclear accord, reached in July 2015.

The Trump administration has taken a tough stance against Iran, declaring it one of the top terrorist threats facing the United States.

On Tuesday, the Trump administration announced:

The U.S. Department of the Treasury’s Office of Foreign Assets Control (OFAC) took action today against a vast network of businesses providing financial support to the Basij Resistance Force (Basij), a paramilitary force subordinate to Iran’s Islamic Revolutionary Guard Corps (IRGC).  Among other malign activities, the IRGC’s Basij militia recruits, trains, and deploys child soldiers to fight in IRGC-fueled conflicts across the region.

The entities designated today comprise part of the Basij’s economic conglomerate, and are deeply entrenched in major Iranian industries, such as automotive, mines and metals, tractor manufacturing, and banking.  These entities are being designated as Specially Designated Global Terrorists (SDGTs) pursuant to Executive Order (E.O.) 13224, which targets terrorists and those providing support to terrorists or acts of terrorism.

Ahmadinejad is no stranger to trolling the United States government.

Task & Purpose acknowledges, “Besides his apparent newfound penchant for gangster rap music, Ahmadinejad also enjoys denying the Holocaust, floating conspiracy theories about Osama bin Laden hanging out with President George W. Bush, and hating on bow ties And yet in this day and age, this is probably the 43rd craziest story we’ll hear about today.”