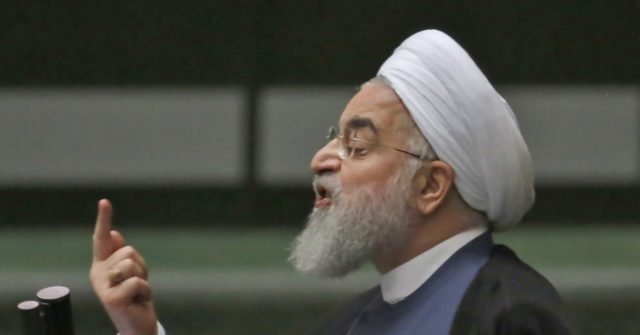 The Islamic Republic maintains a substantial influence over its fellow Shiite-majority country, Iraq. Tens of thousands of members of an umbrella organization for mainly Iranian-backed Shiite militias — the Popular Mobilization Forces (PMF) — reportedly wield an unprecedented level of power and influence in Iraq.

“We consider Iraq’s security, stability, and progress as being in the interests of the region, and have always defended it,” Gen. Hatami declared.

“The minister called for deepening the defense and military relations between the two countries to strengthen their power in the region,” Iran’s state-run Mehr News Agency adds.

His comments came amid an increase in tensions between Iran and the United States, notably after Tehran shot down an American drone last month. An unprecedented wave of sanctions implemented by U.S. President Donald Trump is choking the Iranian economy, angering leaders in Tehran.

“Iraq and Iran share many common interests, and their security and stability are intertwined,” Shammari reportedly added.

Although the PMF fought against the Sunni Islamic State (ISIS/ISIL) alongside the U.S.-led coalition, some factions linked to the group have threatened to push the United States military out of the region, echoing the position of Iran.

The Pentagon’s inspector general (IG) has deemed the PMF and other Shiite proxies in the Middle East a threat for U.S. troops in Iraq and Syria, home to an estimated 2,000 American service members.

Relations between Iran and the United States have deteriorated since President Trump pulled the U.S. out of the 2015 controversial nuclear agreement between Tehran and world powers, arguing that it was not tough enough on the Islamic Republic.

Trump reimposed sanctions suspended under the accord as part of his administration’s maximum pressure campaign, which the U.S. State Department believes has weakened Iran’s ability to expand its military capabilities and fund the PMF and its terrorist proxies.