Iran accused U.S.-backed Gulf states of stirring instability in the Islamic Republic by supporting those behind Saturday’s deadly attack on a military parade, before directing its ire at the UK envoy and other Western diplomats.

“It is absolutely clear to us who has done this, which group it is and to whom they are affiliated,” Rouhani said on state television ahead of his departure from Tehran for this week’s U.N. General Assembly in New York.

“Those who have caused this catastrophe … were Saddam’s mercenaries as long as he was alive and then changed masters,” he said, referring to late Iraqi dictator Saddam Hussein.

“One of the countries in the south of the Persian Gulf took care of their financial, weaponry and political needs,” Rouhani added.

“All these little mercenary countries we see in this region are backed by America. It is the Americans who incite them”, he said.

He was referencing the moment when at least 24 people including women and children were gunned down at a military parade in southwestern Iran on Saturday. 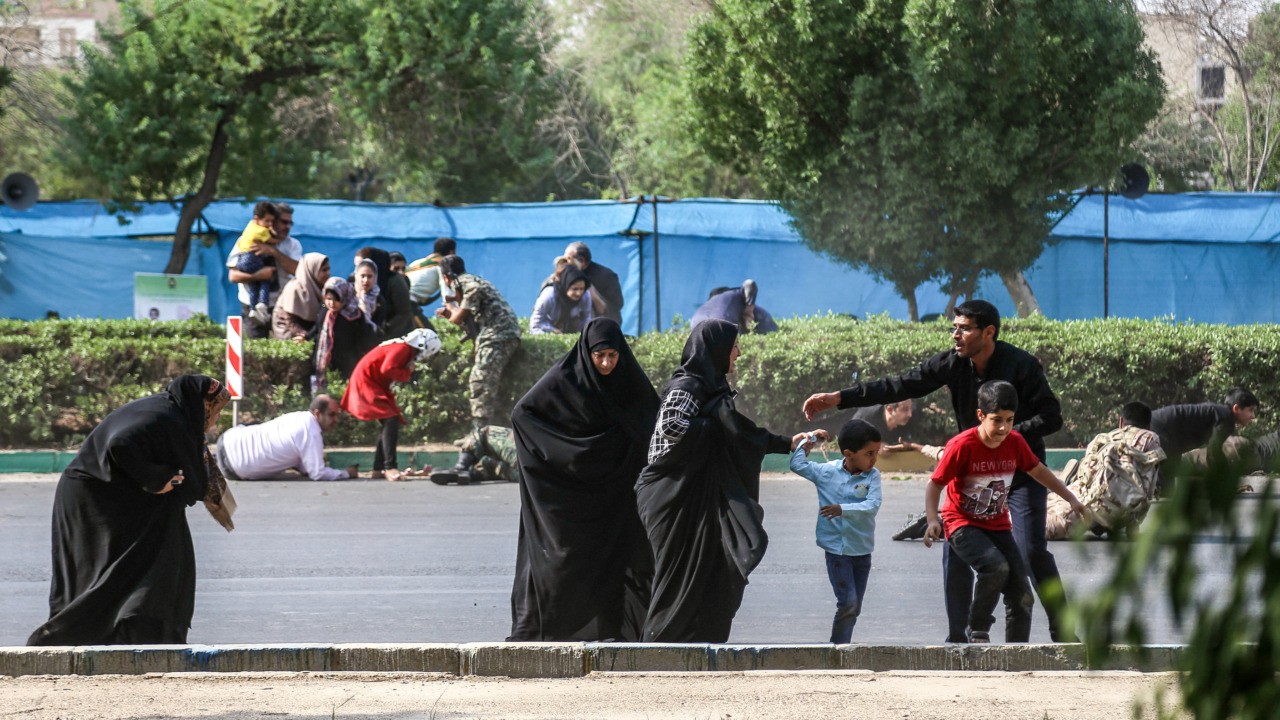 This picture taken in the Iranian city of Ahvaz shows a man helping women and children as they try to flee at the scene of an attack on a military parade that was marking the anniversary of the outbreak of its devastating 1980-1988 war with Saddam Hussein’s Iraq. (MORTEZA JABERIAN/AFP/Getty Images)

Four militants attacked the parade commemorating the beginning of the 1980-88 Iran-Iraq war, launched by Baghdad, in the southwestern city of Ahvaz, capital of Khuzestan Province.

Officials and an eyewitness said the gunmen were dressed in Iranian military uniforms and sprayed the crowd with gunfire using weapons they had stashed in a nearby park.

Immediately after the attack became public, London-based Iran International TV aired an interview with Yaqoub Hor Altostari, presented as a spokesman for the breakaway separatist group ADPF, indirectly claiming responsibility for the attack and calling it “resistance against legitimate targets”.

Iran in response summoned diplomats from Denmark, the Netherlands and Britain to complain about them “hosting some members of the terrorist group” and “double standards in fighting terrorism,” the foreign affairs ministry said. 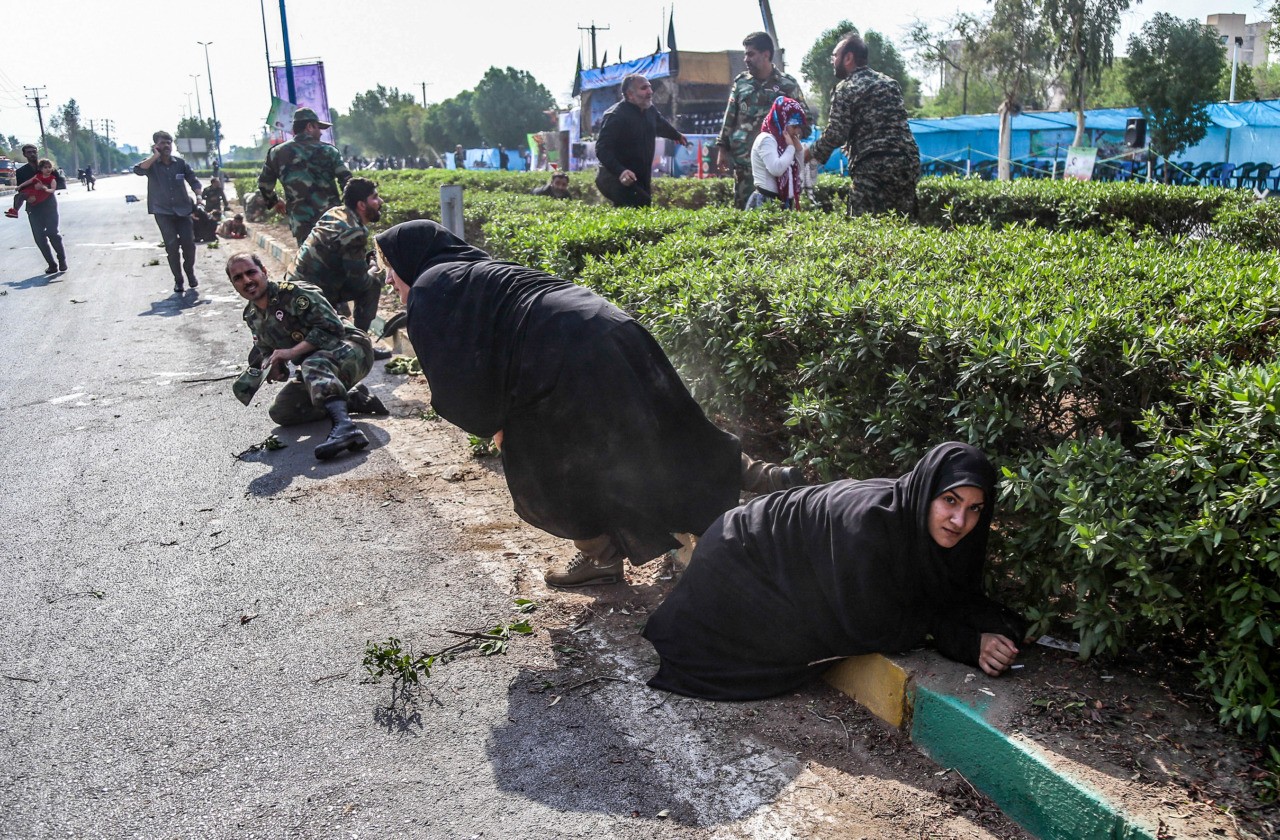 Iranian women and soldiers taking cover next to bushes at the scene of an attack on a military parade that was marking the anniversary of the outbreak of its 1980-1988 war with Iraq. (MORTEZA JABERIAN/AFP/Getty Images)

The British charge d’affaires “was told that it is not acceptable that the spokesman for the mercenary Al-Ahwazi group be allowed to claim responsiblity for this terrorist act through a London-based TV network,” said the ministry’s spokesman, Bahram Ghasemi.

“It is expected that (the Danish and Dutch) governments hand over the perpetrators of this attack and anyone related to them to Iran for a fair trial,” he added.