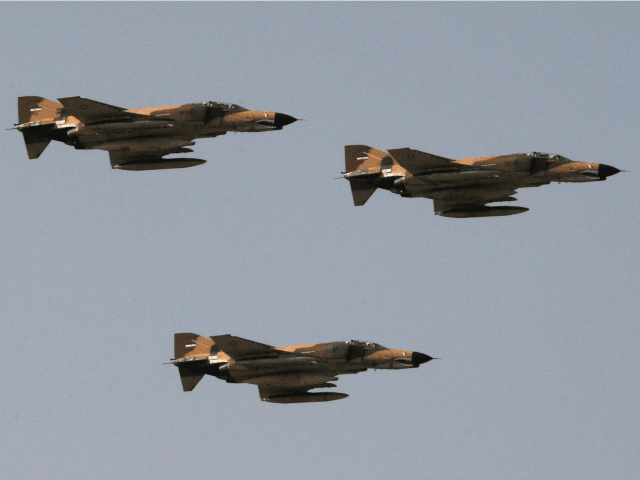 “We have already taken the necessary steps to export products that we are authorized to sell,” Gen. Banitarafi told reporters on Monday, noting that Tehran will resume selling trainer aircraft as well, according to Press TV.

“Forty years ago, the Iranian nation purged America as the symbol of imperialism, and it will proudly celebrate the 40th anniversary of its independence three months from now,” Banitarafi added.

The general reportedly revealed that Iran had already reached export agreements with China, Russia, and the world’s most populous Muslim nation Indonesia.

During a defense show in Tehran in August, Iran reportedly presented its first domestically designed and manufactured warplane dubbed “Kowsar.”

The fourth-generation fighter jet is equipped with “advanced avionics and fire control systems” and can be used for short aerial support missions. The plane can be manufactured in both single- and double-cockpit types, the latter of which can be used for advanced pilot training missions in addition to its combat capability, according to Fars news agency.

On Monday, Iranian Defense Minister Brig. Gen. Amir Hatami boasted that the military aircraft achievements unveiled at the exhibition in Kish Island are a testament to the ineffectiveness of the U.S. sanctions.

“Today, Iran has stood against the liar, disloyal and criminal US officials with full self-confidence and this exhibition shows that they have just disgraced themselves with sanctions,” Gen. Hatami declared at the inauguration ceremony of the IAIO show on Monday, the state-run Fars News Agency reports.

“We have [increasing] deterrence [power] on our agenda,” he added, stressing Iran’s alleged peace-seeking policies.

The Iranian defense minister unveiled three homemade aviation products and technologies used in both the military and civilian industry during the show on Monday.

One of them was the lap joint technology, developed by local experts and used in the aviation industry and other industries. One of the products unveiled by the defense minister was a Bell 212 helicopter adapted for air medical service. The air ambulance can carry patients and medical equipment … The other product developed by the Iranian military experts was the combustion chamber of the engine of Fokker 100 airliner.

Fulfilling Donald Trump’s campaign promise to take a harder line against Iran, the U.S. on November 5 imposed sanctions on 700 Iranian targets as part of its “largest ever single day” of economic penalties against Tehran.

According to Financial Times (FT), “The imposition of sanctions on Iranian individuals, banks and businesses, as well as ships and aircraft, included 300 new targets. In all, the US has designated 50 Iranian banks and their subsidiaries for sanctions.”

“Today, the U.S. is executing on the final actions to withdraw [from] the Obama administration’s fatally flawed Iran deal,” Trump’s Treasury Secretary Steven Mnuchin proclaimed on November 5. “This is part of a maximum unprecedented economic pressure campaign that the US is waging against the world’s largest state sponsor of terror.”