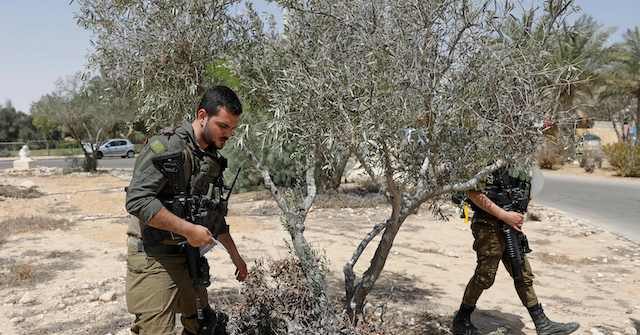 Iranian state media on Thursday claimed Wednesday evening’s missile attack on Israel was a success and the weapon struck its intended target, contrary to reports from the Israeli Defense Force (IDF).

“Essentially, no matter how Israel will try to spin the narrative, at the end of the day you have a missile fired from Syria that almost took out Israel’s Dimona nuclear weapons facility. As of yesterday, that was unheard of,” Iran’s state-run PressTV insisted.

According to the IDF, it remains unheard of, as the missile Iran is celebrating was said to have landed in the Negev Desert about 20 miles from Dimona. However, the SA-5 missile strike does appear to have been the longest-range attack launched on Israel from Syria to date, and Israel’s air defense systems – including U.S.-made Patriot missile batteries – were curiously unable to intercept the inbound weapon.

PressTV stubbornly dismissed Israel’s account of the incident as “spin” and a “very elaborate story” they concocted (in about “forty minutes after the strike”) to conceal a “purposeful attack” that lit up the skies and shook the ground around Dimona.

The fireworks that so entranced PressTV’s hosts and correspondents actually came from the Israeli surface-to-air systems responding to the attack. The PressTV crew admitted it had no idea what actually happened, or even if the Iranian military ordered or coordinated the missile launch; they were just firmly convinced whatever Israel said about the incident could not possibly be true.

PressTV was heavily focused on one part of the Israeli after-action report that does appear to be in some dispute as of Thursday morning: if the missile from Syria was a serious attempt to strike specific targets with a long-range ballistic weapon, or merely an “errant air-defense missile” launched by forces in Syria during an Israeli airstrike on the Damascus suburb of Dumeir. Some independent analysts have expressed doubt that any of the air defense missiles deployed in Syria could have flown so far into Israel.

Iranian Gen. Mohammad Reza Fallazadeh capitalized on the confusion around the missile incident Thursday to taunt the Israelis that Iran has “resistance groups stationed all over the planet next to your bases” that are bringing Israel “closer to collapse at any moment.”

Fallazadeh is the new second-in-command of the Quds Force, the terrorism and sabotage branch of the Islamic Revolutionary Guard Corps (IRGC). He made his threatening remarks at a commemorative ceremony for his late predecessor Gen. Seyyed Mohammad Hejazi, who reportedly died of a heart condition on Sunday.

Like many Iranian officials, Fallazadeh strove to portray Israel as living every day in mortal peril from Iran’s impending retaliation for the sabotage of the Natanz uranium enrichment facility.

“In accordance with the words made by the leader of the Islamic Revolution, the Zionist regime will not see the next 25 years, a few years of which have already passed,” the Quds Force general thundered.