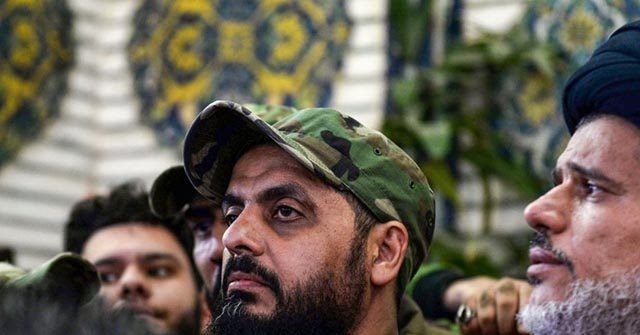 A conditional ceasefire suspending attacks on U.S. interests in Iraq has ended, the leader of an Iranian-backed Iraqi militia group declared on Thursday.

“The truce with the Americans has ended due to its conditions not being met,” Qais al-Khazali, leader of the Iranian-backed Shiite militia group Asaib Ahl Al-Haq, said in an interview with Iraqi state media on November 19, Kurdish news agency Rudaw reported on Friday.

The announcement followed news on November 17 that four rockets landed in Baghdad’s Green Zone, a heavily fortified area of the Iraqi capital housing foreign embassies, including that of the United States. In a statement, the Iraqi military said the bombing killed one child and injured five other civilians. The rockets that landed in the Green Zone “were launched from a neighborhood in al-Alf Dar district in New Baghdad,” according to the statement.

Tuesday’s assault took place on the same day that the U.S. announced plans to reduce its number of troops in Iraq from 3,000 to 2,500 by January 15, 2021. Observers said the targeting of an international zone signaled an end to a temporary halt of attacks on U.S. interests in Iraq by Iran-backed militias, established by the largely Shiite militant groups through an informal truce in October.

“Iraq’s Iranian-backed militia groups escalated attacks on US targets in Iraq, including the embassy in Baghdad and bases housing American troops, after the US killed Qasem Soleimani, commander of Iran’s Quds force, and Abu Mahdi al-Muhandis, deputy commander of Iraq’s Popular Mobilization Forces, on January 3,” Rudaw recalled on Friday. “The militias agreed in October to suspend the attacks on condition that Washington withdraws its troops.”

In his Thursday interview, Khazali said he does not support targeting the U.S. embassy in Baghdad, as it serves a diplomatic purpose. He claimed that armed operations in Iraq are sometimes necessary to achieve specific goals.

“A stable future for Iraq depends on building state institutions. It is wrong to carry weapons without any reason, but only when it serves a clear goal,” Khazali said. “Whenever the goal disappears, so do the weapons.”

Riyadh announced in mid-October that it planned to increase its investment in Iraq by 10 billion Saudi riyals (about $2.7 billion). The investment will focus on Iraq’s “fields of energy, industry, mineral wealth, and agriculture,” Saudi Investment Minister Khaled bin Abdulaziz al-Falih said at the time.

“It is going to hurt fertile Iraqi land, and strongly harm our water reserves,” Khazali said of Riyadh’s investment and development plans in Iraq.

The two countries opened their shared Arar border crossing for trade for the first time in three decades on November 18. Some observers view Saudi Arabia’s recent interest in Iraq as part of its efforts to stem Iran’s growing regional influence.