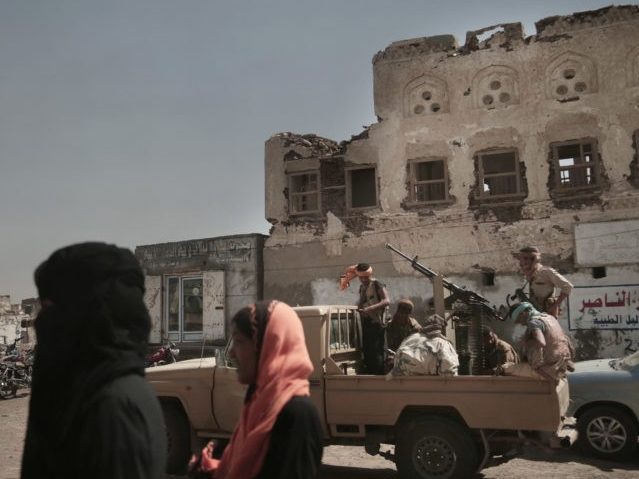 A senior leader of the Iran-allied Houthis in Yemen on Monday said the Shiite terrorists would stop bombing targets inside Saudi Arabia for the sake of United Nations-backed peace efforts that have failed in the past, marking the first sign of hope for the latest push to end the war that has been raging for more than three years.

“We are ready to freeze and stop military operations on all fronts in order to achieve peace,” Mohammed Ali al-Houthi, a senior leader of the Shiite group, declared, blaming the United States for being the main culprit behind what he called “the aggression” against Yemen, the Associated Press (AP) reports.

“It was not immediately [clear] to what extent the Houthi move on stopping missile fire into the kingdom would stop the overall violence. Truces rarely hold entirely in Yemen’s disorderly civil war, where fighting is on several fronts, and peace talks attempts abroad have repeatedly broken down” AP added.

On November 9, the Pentagon announced that the U.S. would stop refueling Saudi-led coalition warplanes bombing the Houthis terrorists in Yemen, a move that came at the behest of the Sunni kingdom.

Soon after the Houthis seized large swathes of territory in and around the Yemeni capital of Sanaa, a U.S.-backed Saudi Arabia-led Sunni coalition in March 2015 launched an ongoing offensive against the Iran-allied Shiite group to restore the internationally-recognized government of Yemeni President Abd Rabbuh Mansour Hadi back to power.

Now, in response to a key Saudi demand for peace, al-Houthi declared that the Shiite group has “ordered the cessation of rocket and drone attacks on the Saudis and forces loyal to coalition member the United Arab Emirates at the request of U.N. special envoy Martin Griffiths,” AP notes.

On Friday, Griffiths announced that the Houthis and Saudi-led coalition agreed to attend peace negotiations in Sweden “shortly.”

“His announcement followed an informal de-escalation last week around Hodeida, although fighting has continued on the ground in other areas,” AP points out.

In recent months, the Saudi-led coalition has focused on capturing Hodeida, a strategically significant port city through which almost all of Yemen’s food and humanitarian aid flows as well as Iranian military supplies and funding for the rebels.

Yemen heavily relies on imports for almost 90 percent of its food and the vast majority of humanitarian aid.

This month, Abdel-Malik al-Houthi, the chief of the Houthi terrorists, proclaimed that the Shiite group would “never surrender” to the Saudi-backed pro-Hadi forces.

The war in Yemen has yielded the worst humanitarian crisis since World War II.

So far, the conflict has killed at least 10,000 people, and more than 8 million others are at risk of starvation.