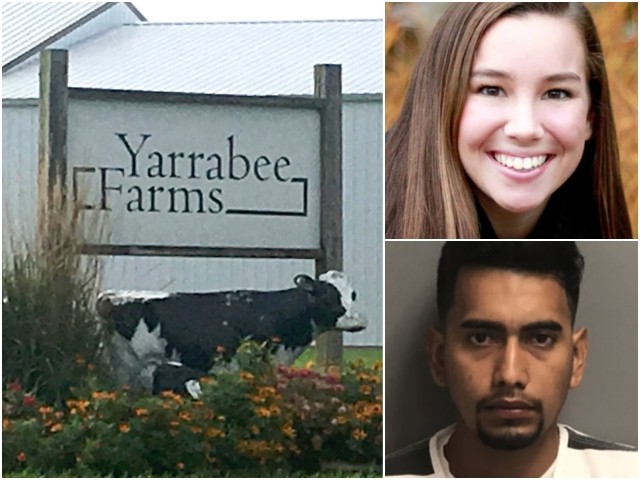 Last month, law enforcement announced that 20-year-old college student Mollie Tibbetts’ body had been found in a cornfield in her rural hometown of Brooklyn, Iowa after she was last seen jogging on July 18.

Bahena-Rivera worked for the nearby dairy farm, Yarrabee Farms, which owns the property and trailer where the illegal alien had been living and which, allegedly, many Mexican nationals frequented, as Breitbart News reported.

In the most recent polling on mandatory E-Verify, conducted by Pulse Opinion Research, Americans overwhelmingly support the immigration initiative with 68 percent of voters supporting the plan.

E-Verify would mandate that all employers in the U.S. verify the legal status of their workers to open up about eight million American jobs that illegal aliens currently hold.

About 71 percent of voters in the Pulse Opinion Research poll said businesses should be required to hire from pools of Americans with the highest unemployment rates before importing cheaper, foreign workers through various visa programs or hiring illegal aliens.

Even if Americans had to pay more for products and goods, the Pulse Opinion Research poll showed nearly 60 percent of voters said it would be better for businesses to pay more to attract American workers even if prices did rise.

The Tibbetts murder trial is set to begin in April 2019. Bahena-Rivera has been given $5,000 in U.S. taxpayer money to fight the first-degree murder charges against him. The illegal alien’s attorney said it is Bahena-Rivera’s “constitutional right” to obtain the taxpayer money.