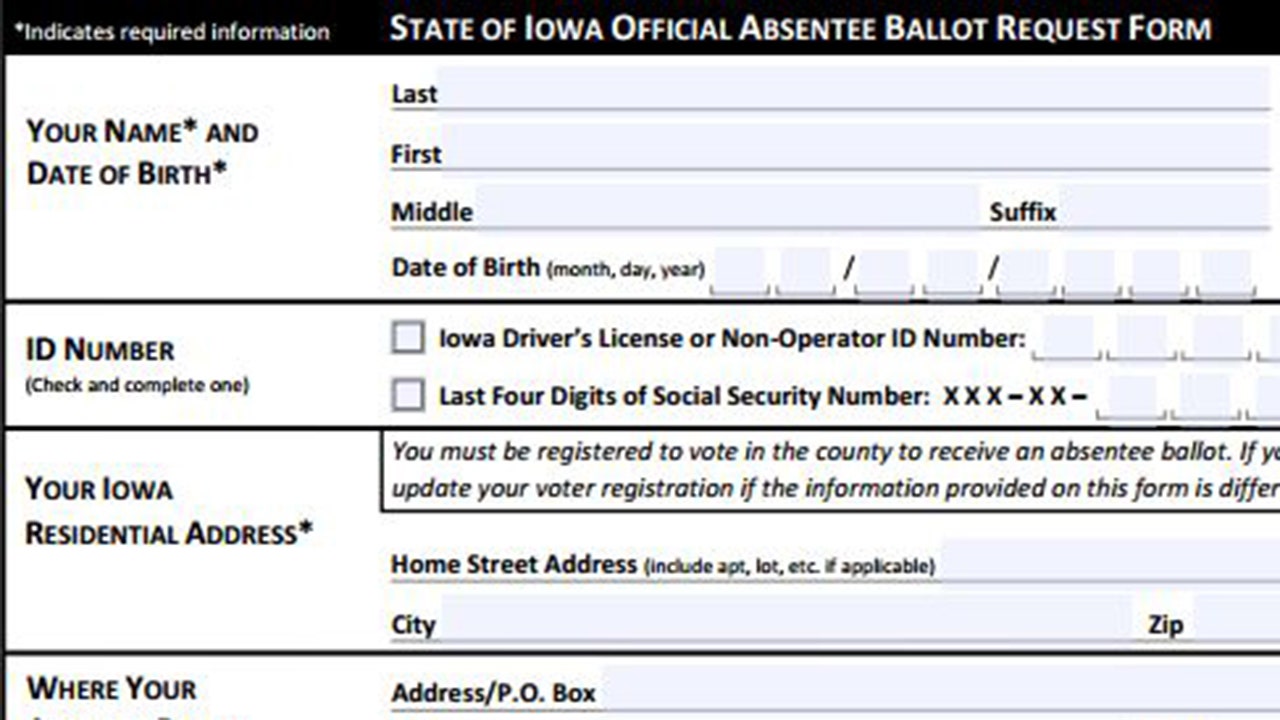 The Iowa Supreme Court on Wednesday upheld a lower court’s ruling on a new law that makes it more difficult to fill absentee ballot requests ahead of the upcoming deadline.

In a 4-3 decision, which was seen as a win for Republicans, the court said county auditors must contact an applicant when there is an issue with their absentee ballot request.

Auditors previously were allowed to fill in any missing information that they were able to obtain from the state’s voter registration database.

“We are not persuaded the statute imposes a significant burden on absentee voters. It is not a direct burden on voting itself,” the court’s four- justice majority wrote.

About 1.5% of the more than 842,400 absentee ballots requested in Iowa had not been filled as of Wednesday, according to the Secretary of State.

The minority argued that the majority misses the point and that this case is not about filling out the absentee ballot request form properly. Instead, they say this case is about “the back-end process of timely correcting the errors that clearly happen on a fairly large scale and getting an absentee ballot back to the voter in time to use it.”

The decision was the second to go in favor of Republicans in the past week. Last week, the court ruled pre-filled absentee ballot request forms could not be sent to voters.

The deadline to request an absentee ballot in Iowa is 5 p.m. on Saturday, Oct. 24.

More than 608,000 Iowans have voted by either absentee ballot or early voting, the Secretary of State said on Wednesday morning, according to the Des Moines Register.