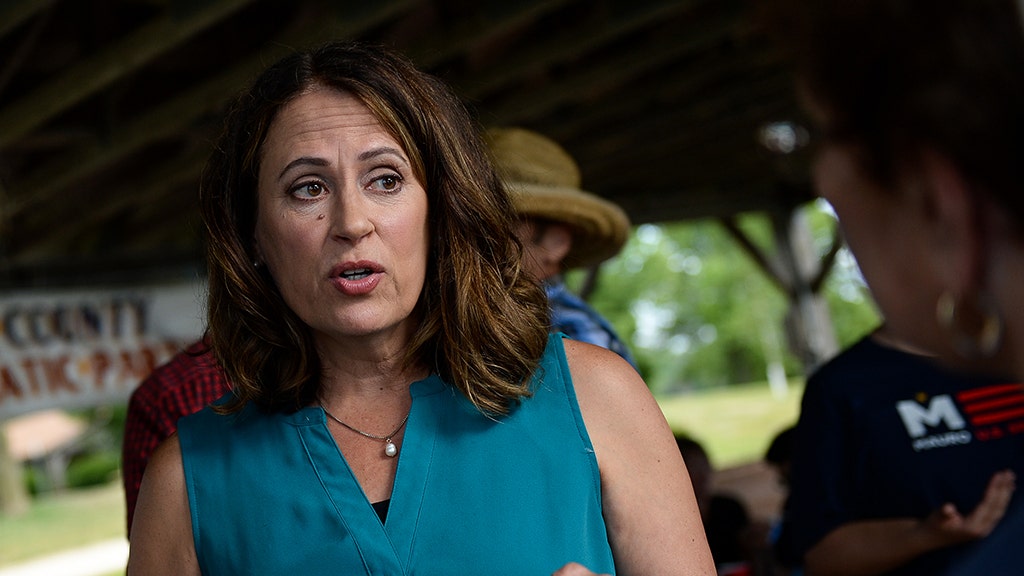 EXCLUSIVE: A lawyer for the Republican National Committee and the Iowa GOP has filed a Federal Election Commission complaint accusing Iowa Democratic Senate candidate Theresa Greenfield of pretending to use volunteers in order to claim an unmerited exemption from campaign contribution limits, Fox News has learned.

Greenfield, who is running against Sen. Joni Ernst, has as of August received more than $1 million of in-kind contributions from the Iowa Democratic Party, according to attorney Alan Ostergren, far exceeding the $4,000 allowance that can only be topped if the contributions are the result of volunteer labor.

“By falsely claiming to use volunteers, [Iowa Democratic Party] and the Greenfield campaign are able to unfairly and illegally inflate their political spending, comparatively disadvantaging any opponents in a way that is prohibited under the Federal Election Campaign Act,” wrote Ostergren.

The allegations come after a reporter for Accuracy in Media, a conservative media watchdog that has a history of political activism, recorded a staffer at an event saying volunteers would be posing for pictures to help satisfy Federal Election Commission requirements.

“We found out when we went to their event, they don’t use volunteer labor,” Accuracy in Media President Adam Guillette told Fox News. “They have volunteers take a few photos to pretend to be doing the work. This is potentially a major FEC violation.”

Meanwhile, Ostergren is calling for an immediate investigation by the U.S. Attorney’s Office for the Southern District of Iowa.

“This is a false, partisan attack based on a shady, fringe group that Senator Ernst has refused to condemn – even though their operatives lie to Iowans about who they are and harass people at their homes and workplaces,” Greenfield for Iowa Communications Director Sam Newtontold Fox News in a statement. The Iowa Democratic Party did not immediately respond to a request for comment.

Ernst spokesperson Brendan Conley told Fox News the accusations are “no surprise as Theresa Greenfield has a history of corruption.”

The Iowa Democratic Party (IDP) could claim the money as “coordinated party expenditures,” but those are limited to $251,800 for Iowa in 2020, meaning the total is still far above the allowance.

Alternatively, if the IDP were to claim the money as contributions, the cap would be $5,000 per year per candidate committee, as stated by the Federal Election Campaign Act of 1971.

The Greenfield campaign also appeared to be flouting Postal Service rules to secure a better rate, according to Guillette.

Post office rules state the IDP can mail at reduced rates but only for certain materials and only if the Greenfield campaign isn’t involved.

But the Greenfield campaign was seen coordinating volunteers and was on the ground at the event filmed by Accuracy in Media signing people in.

Greenfield, meanwhile, has in the past spoken about how the U.S. Postal Service needs to be fully funded.

Wednesday’s FEC complaint, the third to be filed against Greenfield, is “entirely unrelated but entirely consistent” with her past behavior, Guillette said.

Her campaign was on Oct. 8 accused by prominent Iowa Republican Wes Enos of coordinating more than $900,000 worth of communications with the Senate Majority PAC run by the allies of Minority Leader Chuck Schumer. She was hit with a similar complaint in March of this year and has also been flagged by the FEC for illegal contributions.

Greenfield was denied access to the Democratic primary ballot in Iowa’s 3rd District in 2018 after pulling her first petition and then not meeting the signature requirement with her second attempt.

The first petition was withdrawn after it was discovered to contain forgeries. Greenfield’s former campaign manager Noah Wasserman pleaded guilty to five counts of tampering with records.

The Iowa seat is considered to be critical for both Democrats and Republicans as they fight for control of the Senate. Greenfield currently leads Ernst by 1.8 percentage points, within the margin of error, according to an average of polls compiled by Real Clear Politics.