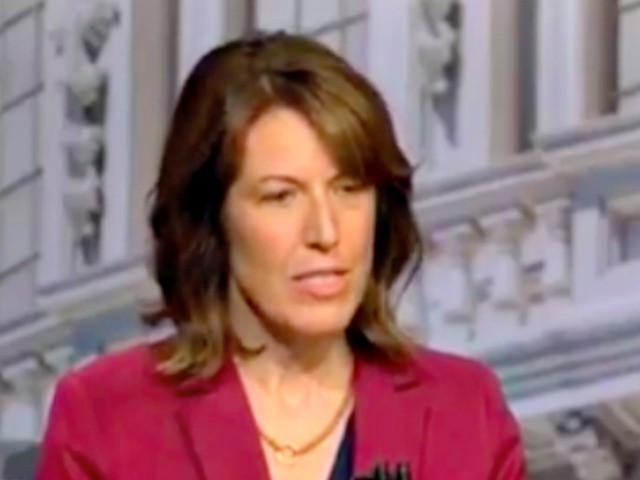 Democrat Cindy Axne, who is running for Iowa’s 3rd district seat in the U.S. House of Representatives, on Thursday avoided answering whether she would vote to impeach President Donald Trump if Democrats take the House.

During the Iowa Press Debate, Axne was asked point-blank: “If you are elected and Democrats take the majority, there may be an effort to impeach President Trump. Would you vote to impeach the President?”

“I don’t have an answer for that at this time,” she said.

Her response comes just three weeks before the election, and after months — if not years — of Democrat leaders calling for Trump’s impeachment.

Axne also avoided answering three times as to whether she supported House Minority Leader Nancy Pelosi (CA) — who would likely become speaker of the House if Democrats were to retake the lower chamber:

Moderator: “Is a vote for you a vote for House Minority Leader Nancy Pelosi?”

Axne: “I’ve seen a heck of a lot of ads, and quite honestly, they’re all false.

Moderator: “But you have said that you agree with the Minority Leader on most topics, is that not accurate?”

Axne: “That’s another false claim that was taken out of context…”

Host: “Excuse me, let me put a finer point on it: will you vote for Nancy Pelosi for Speaker if you’re elected to Congress?”

Axne is running against Republican incumbent Rep. David Young (IA), who previously was an aide to Sen. Chuck Grassley (R-IA).

Democrats hope to win at least 24 seats in November, retake the House, and potentially impeach Trump. This race is considered a toss-up.