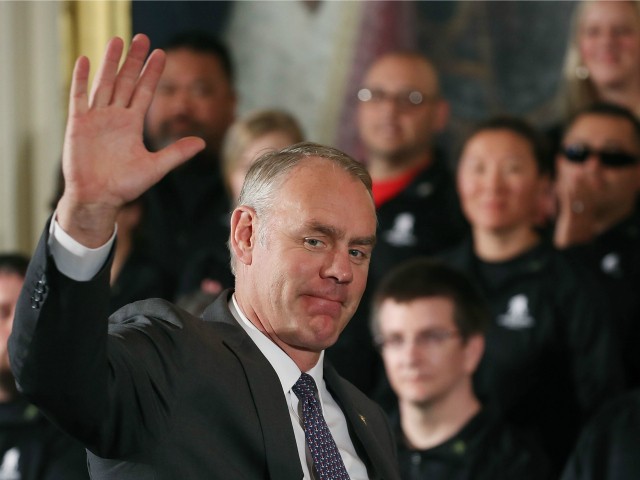 Secretary of the Interior Ryan Zinke plans to leave the administration at the end of the year, President Donald Trump announced Saturday.

“Ryan has accomplished much during his tenure and I want to thank him for his service to our Nation,” Trump wrote on Twitter, confirming the news first reported by Bloomberg News reporter Jennifer Jacobs.

Despite big plans for the Department of the Interior, Zinke was facing heavy scrutiny from Democrats fueled by Interior employees who opposed his agenda. The Department of Interior’s inspector general launched several investigations targeting the former Navy SEAL and Montana congressman, including complaints of improper use of government resources.

Zinke successfully rolled back the size of the Bears Ears and the Grand Staircase-Escalante monuments in Utah at Trump’s direction, a great relief for Utah Sens. Mike Lee and Orrin Hatch. Zinke also led the way in rolling back environmental regulations for exploration and drilling on public land.

Trump said he will announce a successor to Zinke before the end of the week:

Secretary of the Interior @RyanZinke will be leaving the Administration at the end of the year after having served for a period of almost two years. Ryan has accomplished much during his tenure and I want to thank him for his service to our Nation…….

…….The Trump Administration will be announcing the new Secretary of the Interior next week.