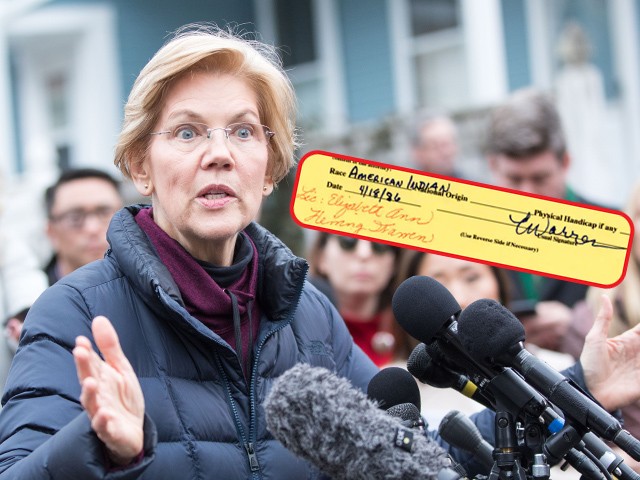 Facebook’s photo-sharing platform Instagram recently deleted a post of Senator Elizabeth Warren’s Texas Bar registration form on which she states that she is an “American Indian.” The Platform called a photo of Warren’s registration “harassment or bullying.”

I have been warned by @instagram and cannot operate my account because I posted an image of Elizabeth Warren’s Bar of Texas registration form via @washingtonpost.

I’m warned that I am “harassing,” “bullying,” and “blackmailing” her.

Instagram included a number of its community guideline rules in its message to McEnany informing her that they had deleted her post. The guidelines state that the social media site removes content that “targets private individuals to degrade or shame them.”

The Washington Post obtained the registration card, which was previously undisclosed, during an open records request. As the Post noted, the card was handwritten using blue ink and signed by Warren. The card shows Warren wrote “American Indian” for her “race” and is dated April 1986. A spokesperson for the Massachusetts Democrat did not dispute the card’s authenticity, according to the newspaper.

In a brief statement with the Post, Warren once again apologized for claiming Native American heritage.

“I can’t go back,” she said. “But I am sorry for furthering confusion on tribal sovereignty and tribal citizenship and harm that resulted.”